Special Protection Unit (SPU) was created on 23.10.2014 as a dedicated unit for the security of foreigners working at different projects of national importance in the Province. Protection of the premises and important persons notified by Provincial Police Officer, the persons on high risk as notified by the Government of Punjab or IGP/PPO also falls in the ambit of SPU as per SPU Act 2016.
3336 Security Constables, 187 drivers, 20 wireless operators, 244 Ex-Army personnel in the rank of Senior Security Constable to Chief Security Officer and 7 Ex-Army Officers in the rank of Additional Director & Deputy Director were recruited in SPU. Keeping in view the job requirement, security constables were imparted 06 months rigorous training in 04 police training schools of the Province by the professional trainers.
Presently, 3829 Officers and Jawans of SPU along with 2552 attached personnel from districts are providing foolproof security day and night to 7567 Chinese working at 04 CPEC and 27 non CPEC projects in the Province. They are also providing security to the Chinese residing at 70 residences and 24 camps in the Province. 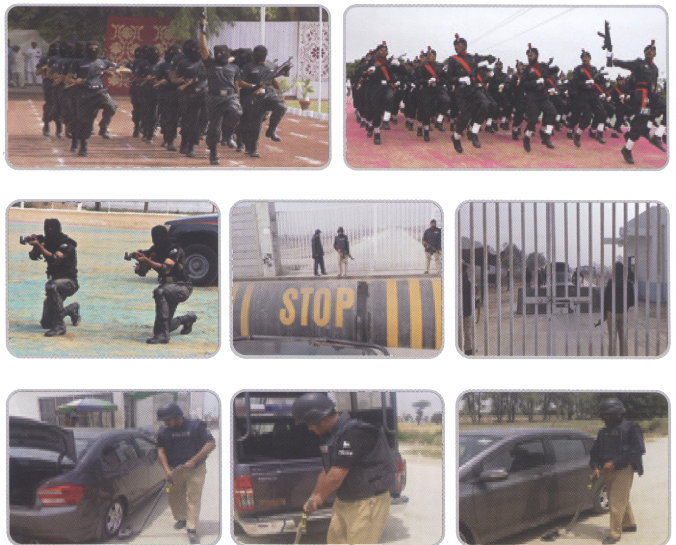