Modern cameras should be installed in driving test areas, no irregularities will be tolerated.

A special cell has been set up at the Traffic Headquarters for redressal of grievances and issues related to pension and gratuity of personnel.  Sohail Sukhera.

DIG Traffic Police Punjab Sohail Akhtar said that in accordance with the vision of IG Punjab, the process of obtaining driving license has been computerized for the convenience of the citizens and complete transparency in professional matters so that the citizens can easily get their license without any hassle.  He further said that any kind of corruption for obtaining driving license is unacceptable and strict departmental and legal action would not be delayed against any officer or official found involved in such irregularities. He added that state-of-the-art cameras will be installed in the areas of driving test to record CCTV footage of the entire process. DIG traffic directed all DTOs of the province to spend only two hours in their office and spend rest of the time in field area. Driving test will be conducted two days in a week whereas DTOs shall remain in the field area for four hours in order to control accidents. He said that  commercial test would not be conducted in the absence of DTOs while driving license fee boards would be hung in all the districts for the convenience of the citizens and 10 thousand rupees will be given to the person who will highlight or  provide proof of corruption.  He stressed that the medical certificates of the drivers would not be forged in any case and compliance with the SOPs issued in this regard will be ensured in all cases.  He issued these instructions while addressing DTOs across Punjab at the Traffic Police Headquarters today.  During the meeting license and other traffic issues were discussed in detail and important decisions regarding driving license were taken in the meeting.

In addition, on the direction of DIG Traffic, Sohail Akhtar, a special cell has been set up at the Traffic Headquarters to assist in the matters of retirement of traffic personnel in which issues of pension and gratuity of retired personnel will be resolved under supervision of three DSPs.  The DIG Traffic Sohail Akhtar further said that the welfare of the personnel is one of the top priorities of the department and all possible steps will be taken using all available resources.  DIG Traffic, while ordering early preparation of pension dues of employees and officers near retirement, said that retired employees will no longer have to visit offices for gratuity dues and pensions while contact numbers of the DSPs posted in the cell shall be displayed in every office. 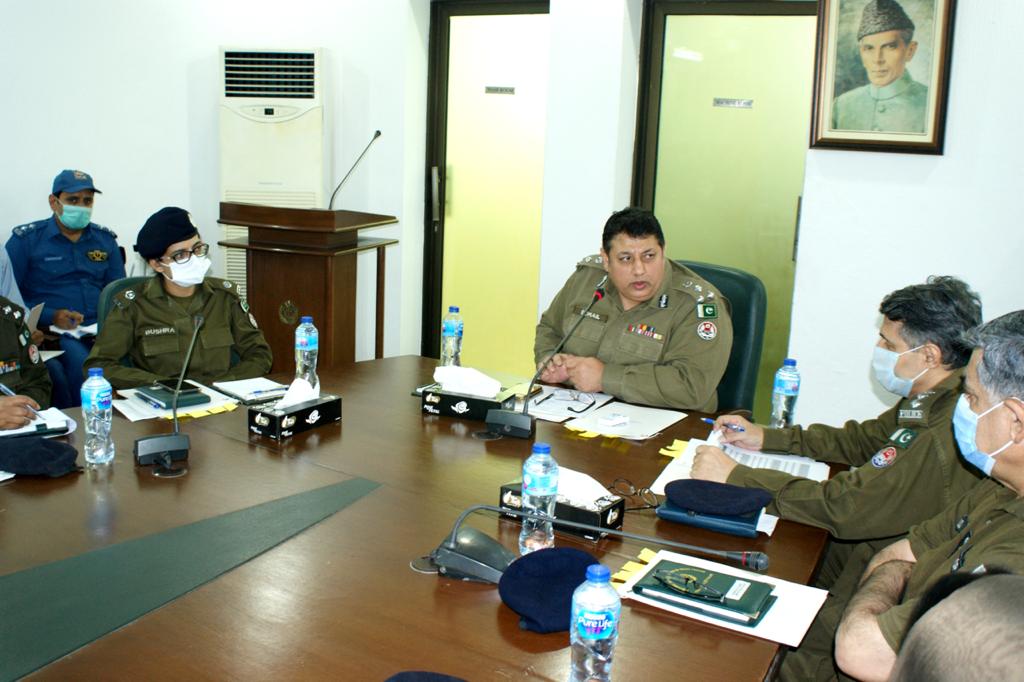