The delegation was apprised of various ongoing projects and initiatives of Punjab Police regarding crimes against women and children.

Inspector General of Police Punjab Rao Sardar Ali Khan said that prevention of crimes against women and children is the top priority of Punjab Police. Effective use of modern technology and all possible steps are being taken in this regard. He added that women can get police help in case of any emergency with just one click through this Woman Safety App across the province. He also said that “Anti Women Harassment and Violence Cells” have also been set up in all the districts of the province to facilitate the victims. These cells are ensuring speedy investigations of cases in such crimes. IGP added that a database of habitual offenders in crimes against women and children is being prepared so criminals involed in such cases be closely monitored. Refresher courses and modern training workshops are being conducted to enhance the capacity of gender crime investigation officers. IGP said that Mutual cooperation of Punjab Police, NGOs and civil society is the need of the hour to prevent gender crimes.

IG Punjab further said that a special campaign is being launched in schools, colleges, universities and madrassas across Punjab to create awareness about the Bad and Good touch among the students and special police teams are visiting educational institutions in this regard. He expressed these views during a meeting with a delegation of Women Peace Council at Central Police Office here today. The delegation consisted of Patron in Chief Women Peace Council, Begum Parveen Sarwar, Chairperson Standing Committee on Gender Mainstreaming, Punjab Assembly, Uzma Kardar, Syed Kausar Abbas (Executive Director SSDO), Dr. Maryam Kayani and Ayesha Jahanzeb.

Patron in Chief Women Peace Council Begum Governor Punjab Parveen Serwar said during the meeting that Punjab Police Women Safety App is an excellent toll for woman safety and Woman Peace Council has been regularly givning awareness in Schools, Colleges, Universities and other educational institutions so far. She further said that capacity building courses of investigation officers dealing with such cases should be conducted so that they may know how to deal these cases and victims also.

Talking to the delegation, IG Punjab further said that special focus is being laid on modern investigation tools and forensic science in the investigation of such cases for speedy justice.  He added that the collaboration of NGOs, welfare organizations and civil society in the prevention of gender crimes would improve public awareness and   provide assistance in such crimes.  On the occasion, PSO to IGP Sohaib Ashraf briefed the Women Peace Council delegation about the working and objectives of the Anti-Women Harassment and Violence Cells working in all the districts of the province. He told that women police officials are performing as Victim support Officers to provide every possible help to the victims.  He further said that the complaints received in these cells are being monitored by the DPOs themselves and legal actions are being taken without any delay. 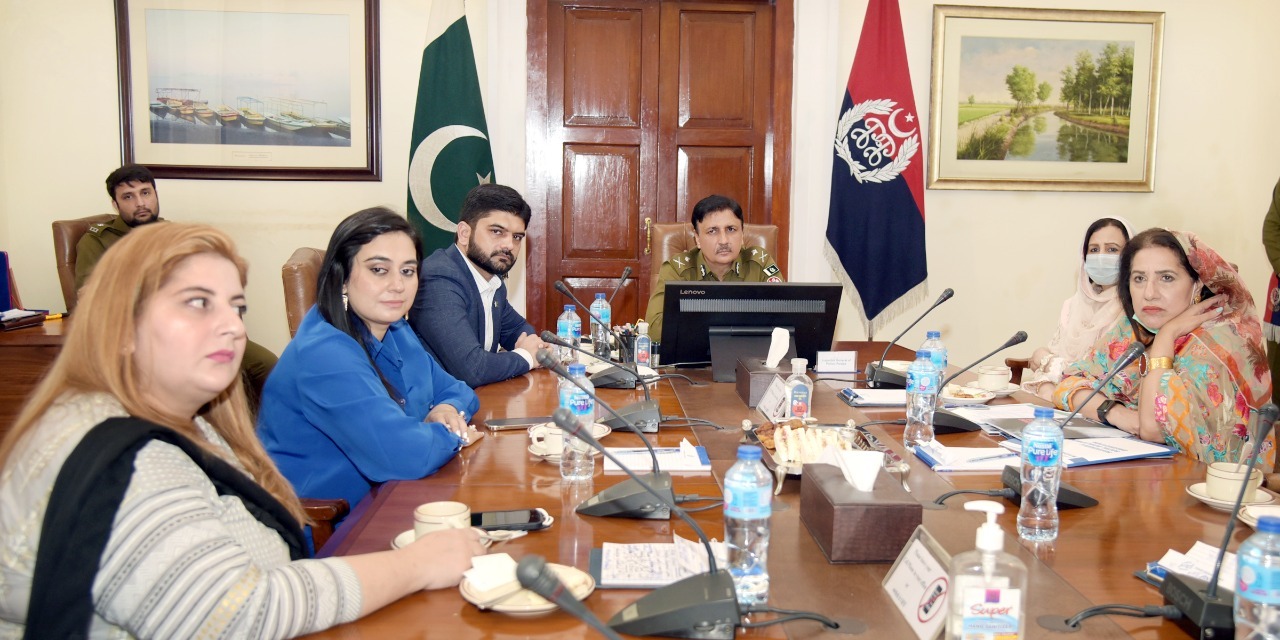