Rao Sardar Ali Khan, has been posted as Inspector General of Police Punjab

Rao Sardar Ali Khan, who has been posted as Inspector General of Police Punjab, is one of the most professional, capable, honest and dutiful police officers of Pakistan Police Service.  Rao Sardar Ali Khan was holding the post of Managing Director Punjab Safe City Authority Lahore these days while he had earlier held the post of Additional IG Welfare and Finance Punjab.

IG Punjab, Rao Sardar Ali Khan hails from Lodhran district of Punjab province. He joined Police Service of Pakistan in 1990 as an ASP.  He belongs to the 18th Common. He holds MBBS, MA (Management Information Systems, HRM) degrees.  At the start of his career, He served as ASP UT Quetta, FC Banu and SDPO Qaid Abad and Quetta. After promotion to rank of SP, he served as SP Faisalabad, Bahawalpur, Sargodha, Rahim Yar Khan, Special Branch, Chakwal and Mianwali.  After serving AIG Development and AIG Logistics, He moved to Establishment Division Islamabad.  After promotion to the post of DIG, he served as CPO Faisalabad, DIG Operations Lahore, RPO Sargodha, RPO Bahawalpur. He served in the Intelligence Bureau for more than 5 years.  After his promotion to the post of Additional IG, he was posted as Additional IG Welfare and Finance while he also held the additional charge of the post of Additional IG CTD.  During his professional career, Rao Sardar Ali Khan has also served in the UN Mission for 8 months and in Australia for 2 years.  Rao Sardar Ali Khan has extensive experience of performing professional duties in very important positions abroad including in Police, Intelligence Bureau, CTD.  He has proved his mettle by performing his duties with due diligence and he is considered as one of the most professional, seasoned and experienced officers of Pakistan Police Service. 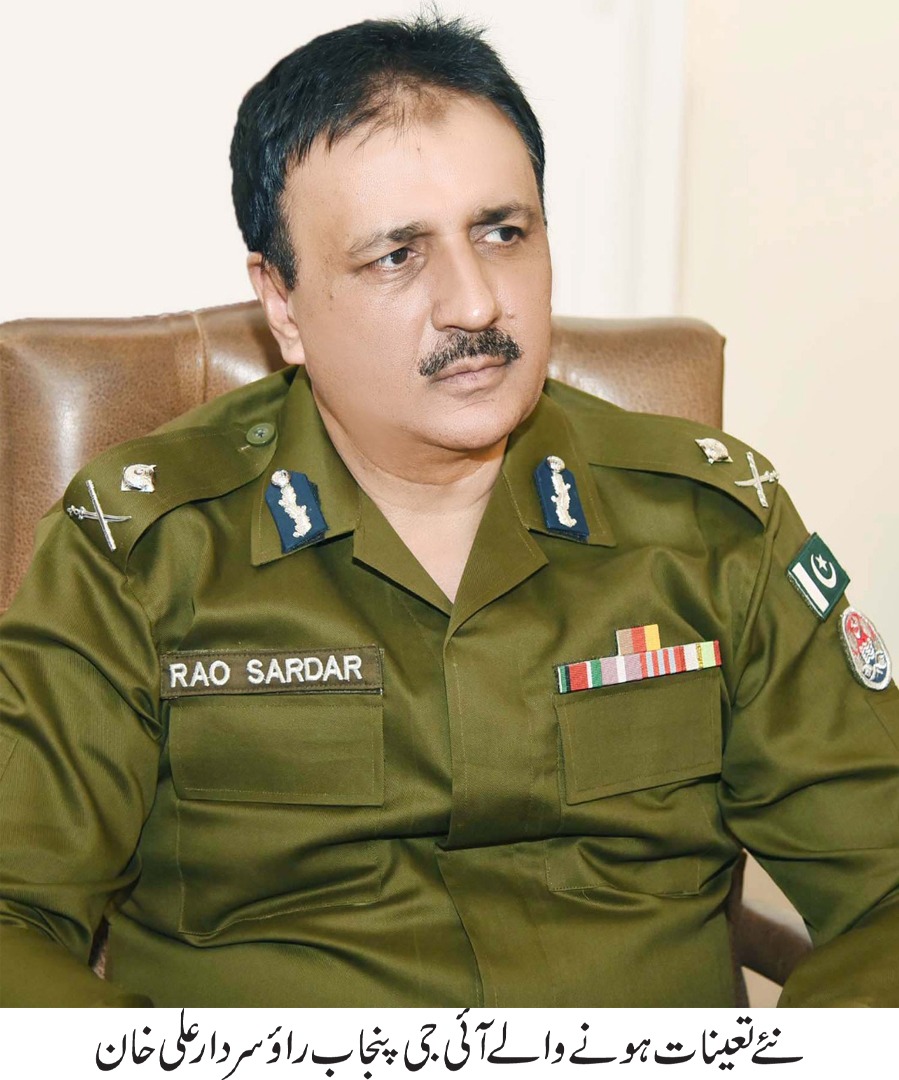