LAHORE - Inspector General of Police (IGP), Punjab Inam Ghani said that protection of life and property of the people and selfless service of the citizens is the primary responsibility of the police so the young police officers playing the best supervisory role are not only the hands of the oppressed and deserving citizens but also they should take best performance from the subordinate staff and ensure easy delivery of justice to the people.

He further said that the citizens have high expectations from the young officers for modern policing and change of police station culture.

Therefore, the young officers should make the spirit of modern policing, high professionalism and service to the people their motto and improve the relations between the police and the people.

He further said that posting in difficult places at the beginning of his career should be preferred and in order to face the challenges of professional life, they should focus on the learning process from the very beginning as if an officer thinks at the beginning of his career that If you know everything, then the process of learning stops, so go to the field thinking that we don’t know anything because that is the thinking that teaches you and moves you forward.

He further said that it is the responsibility of the supervisory officers to get the best performances from the subordinates, therefore they should be given full confidence by adopting a soft talk and good attitude with the force so that they serve the people without any fear or apprehension but also share important information with the senior officer even their personal issues.

He further said that the citizens visiting the offices should be treated with kindness and gentleness and sincere efforts should be made to solve the problems of the citizens under the open door policy.

He issued these instructions while addressing young ASPs at the Central Police Office here on Thursday.

The delegation included ASPs whose services have been handed over to the Punjab government by the federation.

IG Punjab urged the young police officers that the police service is a sacred profession in which serving the oppressed citizens can improve both the world and the hereafter so all officers should make their job their lifestyle and dedicate themselves to competence and dutifulness in order to  prove to be the true protector of the people.

He further said that in order to improve the overall image of the police force among the people, a culture of morality should be nurtured and full respect should be accorded to every noble citizen, who comes to the offices along with the subordinate staff.

The young police officers thanked IG Punjab and said that they would remain active for the protection and service of the citizens as per the vision and policy guideline of IG Punjab and would spare no effort to solve their problems. 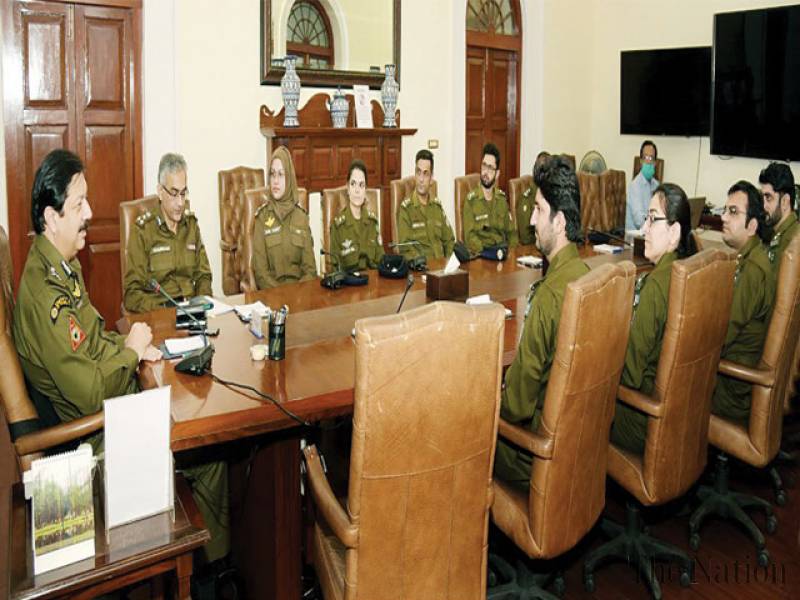