DIG SPU Muhammad Umar Shiekh said that as per vision of IG Punjab Dr. Shoaib Dastgir, different skill base courses are being held for enhancing efficiency of officials and officers of Special Protection Unit so that the security of foreigners may be improved. For this purpose, Chinese language course has been arranged for the officials deputed over security of Chinese citizens. The basic objective of this course is to augment the capacity of constables and also improve the communication of SPU Officials with Chinese workers so that any untoward situation may be countered easily and the deputes officials over security of Chinese citizens may provide every possible faculty by understanding the Chinese language. These views were expressed by him while he was addressing to a distribution of prize ceremony of Chinese language course certificates. He further said that I pay congratulate to all officials for their extraordinary performance I believe that officers and officials will be offering their services will diligence, hard work and full commitment and will also be successful in taking their services upto the mark of international standard. In the end of Chinese language course, a certificate and prize distribution ceremony was held at confuscious Institute Punjab in which vice chancellor Punjab university professor Dr Niaz Ahmad Akbar, Chinese Counsel General Mr Long Dong Wong were also present who acknowledged the services of SPU and distributed the certificates whereas Chinese counsel General Mr Long Dong Wong distributed valuable prizes among position holders. 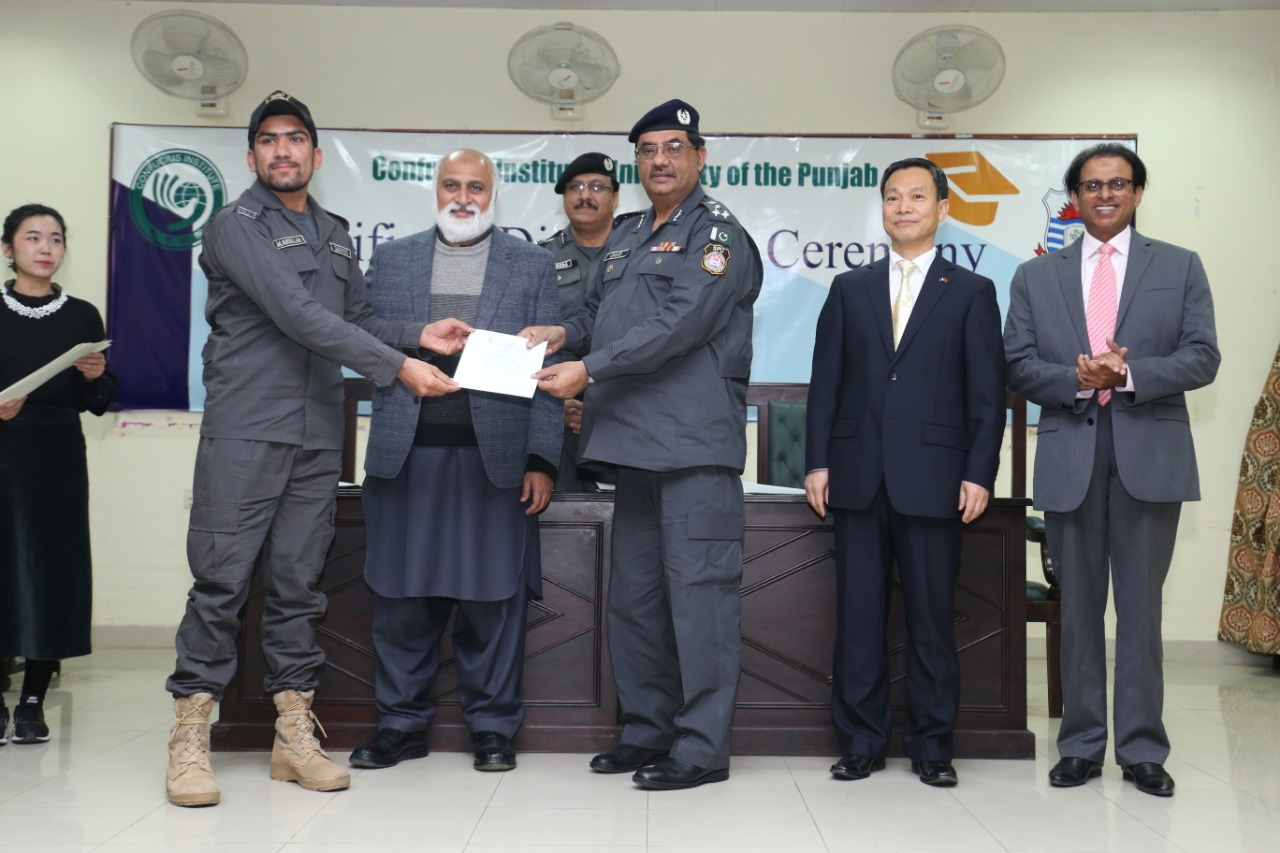 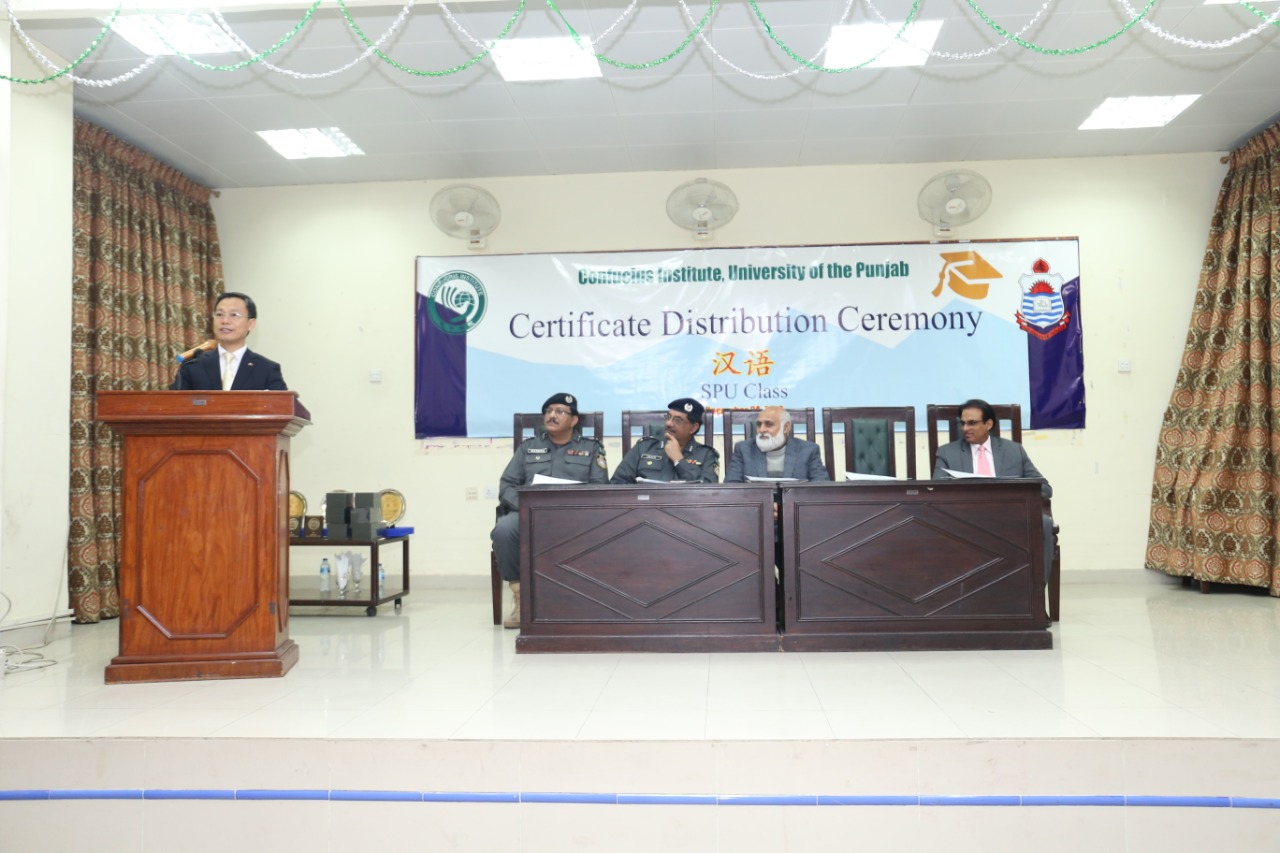