Law and order and overall situation of security including issues of mutual interest were discussed during the meeting.

Inspector General of Police Punjab Shoaib Dastgir said that Punjab Police are ensuring effective utilization of modern technology, forensic science, modern means of investigation and working modules keeping in view the parameters of modern policing due to which public service delivery system is getting improved day by day alongwith maintenance of supremacy of law in the society. He further said that special protection unit SPU the faction of Punjab Police is diligently performing its security duties of foreigners citizens whereas the incidents of terrorism have been reduced considerably due to intelligence based operations in the province. These views were expressed by him while meeting with two member delegation of American counsel ate at Central Police Office. American delegation was led by security Attache US consulate Mr Mathew Copek. Issues of security and law and order were exchanged during the meeting.

American delegation acknowledged the timely efforts and effective role of Punjab Police in countering terrorism despite constraint resources for protection of lives and wealth of people whereas different modern technology projects are upto the mark of international standard and also plausible. Mr Mathew Copek further added that modern surveillance systems in different districts of the province like safe city Lahore will be proved very fruitful whereas mutual professional cooperation between the police forces of two countries will be enhanced in order to augment efficiency of Punjab Police. In the end of the meeting, memorial souvenirs were exchanged between IG Punjab and Mathew Copek. 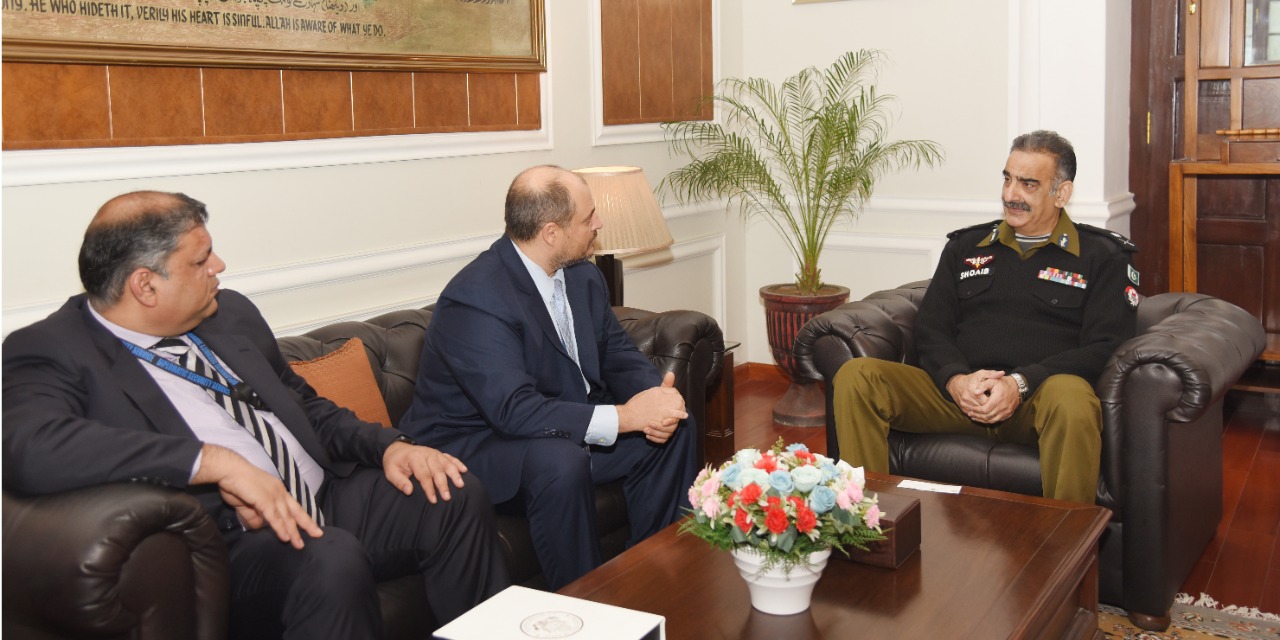