On instructions of IG punjab, timely actions of PHP are continued. PHP has issued weekly report in this regard.

On instructions of IG punjab Shoaib Dastgir, timely actions of PHP are continued. PHP has issued weekly report in this regard.

155 cases have been registered against irresponsible and rash drivers, 3 lost children have been reunited to their parents and 1940 general helps have been provided to passengers by PHP.

He also made the officers and officials aware of policy guidelines and issued directions after hesring issues of officials at Darbar.

According to vision of Inspector General of Police Punjab Shoaib Dastgir and on instructions of Addl IG PHP capt R Zafar Iqbal Awan, Punjab highway patrol carried out timely action against criminals in order to protect lives and properties of people on high ways. According to details, in the last week, By PHP 155 cases have been registered against rash drivers. 22 cases were registered against fake and illegal number plates, 3 cases were set up on violations of sound system act.  28 drivers have been arrested on installing prohibited gas cylinders in vehicles. PHP rendered 1940 general helps to road commuters and removed 277 temporary encroachments. PHP teams reunited 3 children namely Muhammad Ashraf, Abdullah and Sagheer Ahmad to their parents.

Moreover, Additional IG Punjab Highway Patrol Captain (R) Zafar Iqbal Awan initiated field visits to review the performance of field officers, further improvements in public service delivery and immediate solutions to problems faced PHP personnel .In this connection, he first visited Lahore, Rawalpindi and Sargodha regions and issued instructions for improving the performance of the force in a meeting with the officers.After the meeting, he heard the issues of the force and issued directions in order to resolve their problems. He laid flowers on the martyrs' graves and prayed for their higher ranks . He met the widow, daughter and father of Shaheed ASI Sajjad Hussein of Chakwal district and presented gifts to them.

Additional IG paid a surprise visit to Chowki 22 Mile Rawalpindi, Chowki Head Mohammad Abad, Chowki Chak Syeda and Chowki Ahmed Saleem Shaheed of District Sargodha, where records of the PHP posts were checked and vehicles were inspected. On this occasion, under the Clean and Green Pakistan campaign, the chair also planted sapling with his own hands at PHP posts. 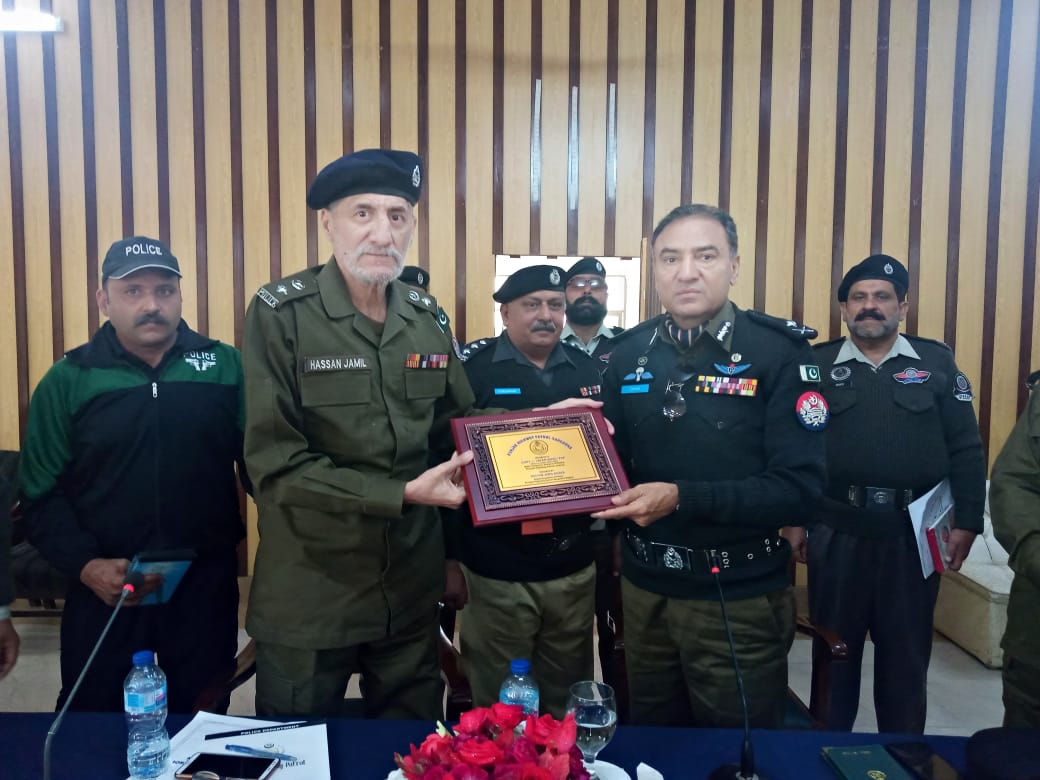