During the meeting, issues of mutual interest including security of Chinese experts, investors and citizens were discussed.

The security of Chinese experts working on CPEC projects is among top priorities of Punjab Police, IG Punjab.

Inspector General of Police Punjab Shoaib Dastgir said that protection of Chinese experts, investors and skilled persons who come to Pakistan for completing CPEC projects, doing  business and other activities is among the top priorities of Punjab Police and in this regard SPU special protection unit laced with modern professional training and weapons are engaged in different districts across the province to provide security to Chinese experts and citizens whereas the process of monitoring and inspection of working sites is also going on. He further said that Provincial Foreigner Security Cell has been established at Lahore Airport for security of Chinese citizens where security steps are taken after registering particulars of every arriving Chinese citizens. He added that, if any Chinese citizen face any trouble in any district of the Punjab then he should immediately contact to local police. Concerned officers and officials will ensure the resolution of the trouble on priority basis. These views were expressed by him when he was meeting with Counsel General of China Mr Lang Dong Bin at central police office today. Issues of mutual interest including security of Chinese experts, investors were discussed.

Chinese counsel General acknowledged the efforts of Punjab Police for ensuring best security arrangements for Chinese citizens coming towards Pakistan and said that special protection unit force is the most efficient and professional force of Punjab Police which is performing its duties of security of Chinese citizens with full hard work, commitment and diligence. Chinese Counsel General also paid homage to actions of Punjab Police against terrorism and unprecedented sacrifices of Punjab Police and said that bilateral cooperation will be extended to enhance efficiency of officers and officials of Punjab police. During the meeting, IG Punjab said that despite DIG SPU, District police officers also supervise and pay visits at working sites of CPEC to examine security arrangements on monthly basis whereas under comprehensive strategy,  different training workshops and programs are continued to enhance efficiency of the police force so that officials may perform their duties in a better way keeping in view the parameters of modern policing. In the end of the meeting, memorial shields were exchanged between IG Punjab Shoaib Dastgir and Chinese Counsel General. 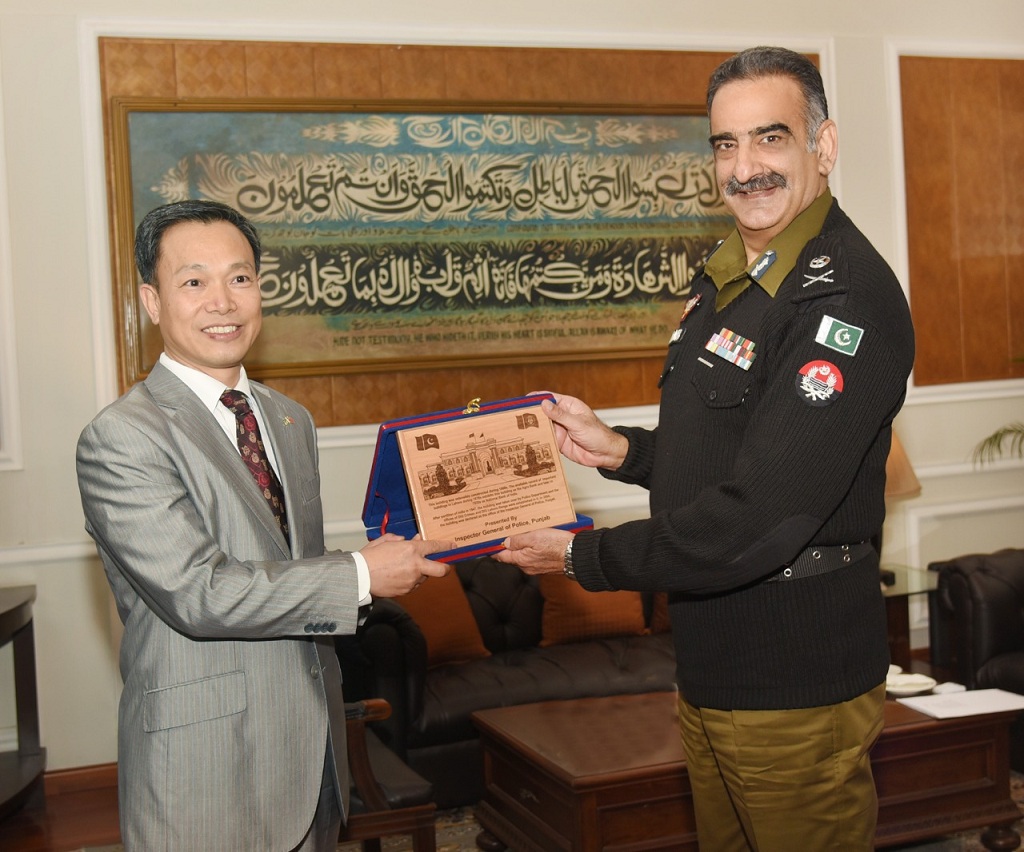