IGP Punjab appreciated DPO Bahawalnagar and his team for the safe recovery of a 2.5 years old child kidnapped for ransom

Inspector General of Police Punjab Shoaib Dastagir appreciated DPO Bahawalnagar and his team for the safe recovery of a 2.5 years old child kidnapped for ransom saying that Punjab Police will continue to protect lives and properties of the public especially the children and women and there should be no leniency and delay in action against the criminal elements.

According to the details resident of Haroon Abad dist Bhawalnagar came to police seeking help for the rescue of his 2.5 years old child who went missing when her wife while travelling on the bus gave her child to a passenger who then disappeared taking advantage of the rush. Later abductors of the child contacted the family for the ransom of 5 lac Rs and also threatened to kill the child if the ransom not paid. On knowing about the incident DPO Bahawalnagar Quddus Baig formed a special team under the SHO Police Station City Haroon Abad Sajjad Ahmad Sindhu to arrest the culprits and to recover the child safely. By the use of latest technology special team traced the abductors and arrested them recovering the child safely and also the ransom amount of 5 lac. Abdul Razaq and Parveen Kausar were arrested at the spot while raids are being conducted for arrest of their third accomplice Sajjad which is record holder criminal in 14 criminal cases at different police stations of Bahawalnagar. IG Punjab directed DPO Bahawalnagar to issue commendation certificate and cash prizes for the team. 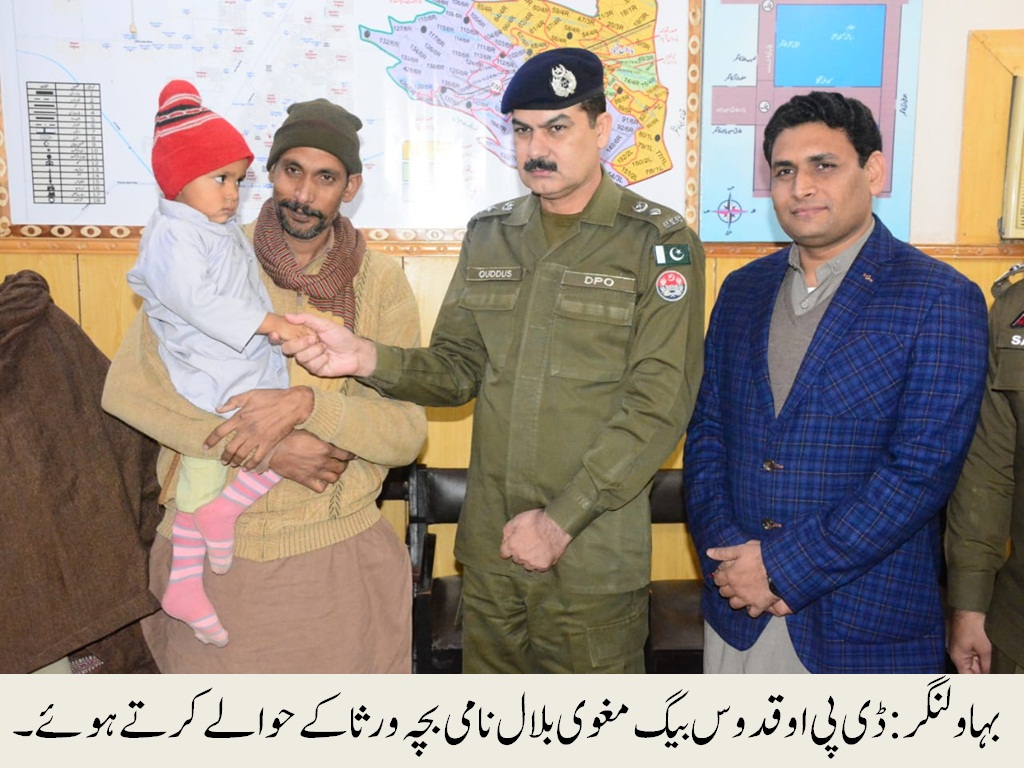