1,000 CCTV cameras to be installed in six Gujrat towns

GUJRAT: As many as 1,000 closed-circuit cameras will be installed in six major towns of the district under the safe city project of the local police.

However, the project has been launched as a private-public partnership in collaboration with the Citizen Police Liaison Committee (CPLC), trader associations and a private firm dealing with the installation of cameras.

So far around 150 cameras have been installed in various commercial areas of Gujrat city whereas a control room to monitor these cameras has been established at the police lines adjacent to the police khidmat markaz with the cooperation of the CPLC and staff has also been deputed for round-the-clock monitoring of these cameras.

Gujrat District Police Officer Syed Tauseef Haider said the project was aimed at curbing crimes through utilising modern techniques and the safe city project would be a milestone in reducing the heinous crimes across the district.

The control room was recently inaugurated by acting governor and Punjab Assembly Speaker Chaudhry Pervaiz Elahi during his visit to Gujrat where Regional Police Officer Tariq Abbas Qureshi and DPO Tauseef Haider briefed the participants about the salient features of the project.

According to the plan, at least 500 cameras will be installed only in Gujrat city followed by 350 cameras in Lalamusa, 150 in Kharian city, 100 in Sara-i-Alamgir city and 50 each in Dinga and Jalalpur Jattan cities. So far a sum of Rs15 million has been spent on the project which may cost up to Rs100 million till its completion.

The initial investment of the project is being made by a private firm and CPLC whereas a sum of Rs1,500 to Rs2,000 per month will be given by each and every shopkeeper of the commercial areas where these cameras are being installed to the private firm that will be responsible for maintenance work of the cameras and other technical support in future.

These cameras will be linked with the control room and will assist the local police in tracing the cases as well as the hardened criminals wanted by the Gujrat police. 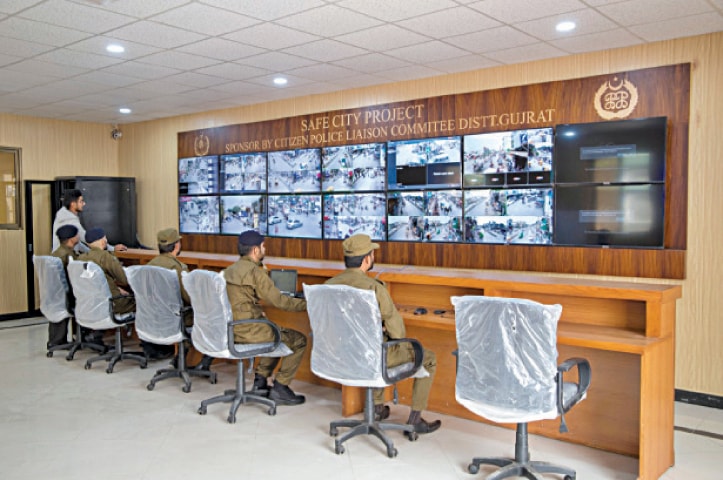