Punjab Police Inspector General Shoaib Dastgir said that safe city web TV channel will propagate information and awareness regarding traffic laws, situation of law and order and programs of general policing which will be instrumental in strengthening coordination between public and police.

It will also give an opportunity to display unprecedented sacrifices and exemplary talent of Police heroes. He added that by this web channel good work of Police will be propagated and also actions against criminals will be shown so that the image of Police as department may be enhanced and its prestige may be restored quickly. He directed to officers that actions against criminals on roads and sensitive places should be done quickly through proper monitoring and police response and rescue forces should work together at other safe city projects in big cities so that the citizens may be helped out in the time of emergency.

He moreover said that monitoring system should be made effective to enhance overall progress of Pukar 15 call system and a courteous and soft communication should be done with the citizens upon their calls and also ensure steps for quick relief of the citizens. He expressed these views while he was addressing to officers in the meeting. During this visit, IG Punjab also examined the working of Central Operational Room, Pukar 15 headquarters and media monitoring room. MD Safe City Authority and Addl IG Ali Amir Malik briefed IG Punjab and told that safe city project is playing an effective role in controlling crime, law and order and traffic management in accordance with the smart and modern policing. He further told that Cafe city web TV channel is the first ever of Pakistan from police by which has strengthened the trust environment between police and public.

While briefing about performance of Pukar 15, MD safe city was of the opinion that phone calls of more than 70 thousand citizens are received on Pukar 15 headquarter from whole province and police help is provided to the citizens timely. He further said that the CCTV cameras installed over roads of Lahore have provided video recordings against criminals and until now these recordings have provided help in investigation of more than 13 thousand cases.

He moreover said that with the help of video screens, Safe City Authority is also running awareness regarding prevention from smog, laws of traffic and other laws so that public should be guided in every possible way. During the meeting, IG Punjab directed to officers for further improvement in working of crime control phenomenon, e-challaning and working of Pukar 15. He emphasized that the modern system of monitoring and surveillance should be used for traffic management and crime control and also the officers sitting in safe city authority should keep the field officers updated of any untoward situation.

He further said that under construction projects of safe city in other cities should be completed as early as possible so that the steps of Police taken in the wake of street crime, terrorism and traffic accidents may be well organized. 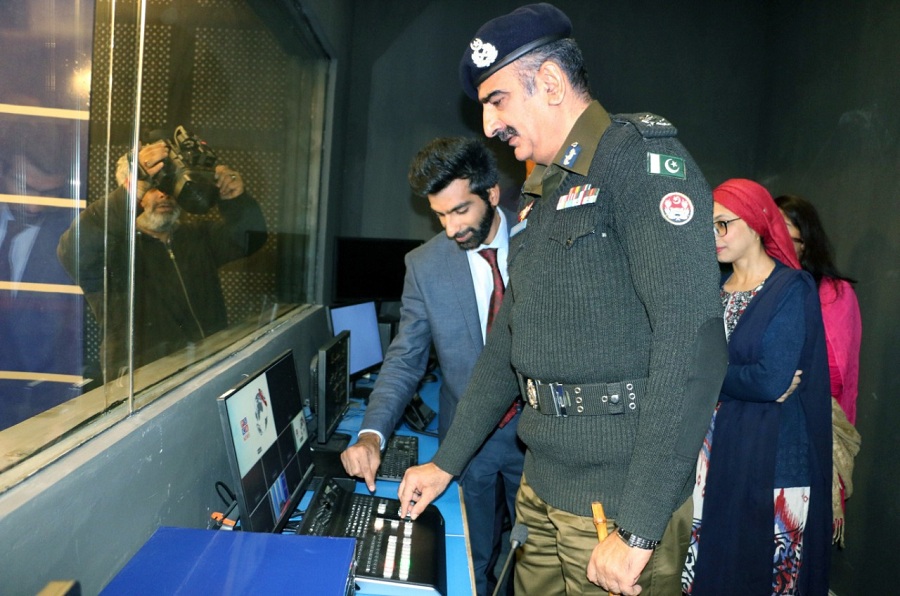