Inspector General Police Punjab Shoaib Dastgir said that Counter Terrorism Department CTD and Special Branch have played a fundamental role in the elimination of terrorists and miscreants across province and a remarkable reduction in incidents of terrorism has been observed in the province. He further said that the process of eradication of terrorists especially their facilitators and financers should be continued and there should be a special monitoring of such groups and organizations which promote extremism and sectarianism. He added that delay in security clearance cases of citizens shall not be tolerated at all and such cases should be completed within given time frame whereas special branch should keep the district police aware of the activities of the criminals. He expressed these views while directing to officers at his visit to CTD headquarters Punjab and special branch headquarters Robert's club today.

During his visit at CTD headquarters Addl IG CTD Muhammad Tahir Rai while briefing told that there has been 90 percent reduction of terrorism in the province during 2019 and no sectarian based terrorism has been seen in the province during last three years. He added that terrorist organization Lashkar e Jahngvi has been completely swept away from Punjab whereas effective actions are being taken against AL Qaeda and Daesh also. He further briefed that during last 11 months, 281 cases have been registered against terrorists and facilitators and 310 terrorists and their facilitator have been arrested. He told that challan of 267 accused have been submitted into courts among them 136 accused have been awarded sentences by the court whereas the rest of the cases of the accused are under hearing. Five suicide jackets, 100 kg ammunition material, 125 hand grenades, 200 detonator, 15 kalashankoves, multiple pistols and bullets have been recovered from them. He told that 173 accused have been arrested for providing financial support to the terrorists and 12 million rupees terror fund has been recovered from them. Moreover, 61 terror financers have been awarded sentence by the court. He said that the actions are being taken against the leaders and workers of organizations proscribed by the United Nations organization and cases are under proceedings in the courts. He further shared that in crackdown against the religious hatred dozens of books of religious intolerance and hatred and 300 CD were confiscated and cases registered against the involved in such activities, while around 50 accused of hate speech were got successfully convicted from the courts . He assured IG Punjab that legal actions against the facilitators and financers of terrorist will be continued and no organization will be allowed to sabotage the peace of the province. He further shared that facilitator of Data Darbar Blast was arrested and two days ago ATC gave him the death sentence. IG Punjab praised the initiatives of CTD and directed CTD to continue the operations ensuring every possible cooperation in this regard.

During his visit to Special Branch Headquarter Roberts Club Adll IG Zaeem Iqbal Sheikh briefed IG Punjab bout the organizational structure and performance on which IG Punjab directed that Special branch has a crucial role in maintaining peace in the province so intelligence wing must be further empowered for the timely provision of information and also for before time reporting of any potential crisis or situation. He also directed to continue refresher courses and training workshops for the capacity building of officials so that they can perform their duties effectively. He further directed to conduct search, sweep, combing and intelligence based operations on daily basis in sensitive districts utilizing latest technology and skills in combing operations. At this occasion DIG Security and Admin Rao Abdul kareem, DIG VVIP Security Mirza Faran Baig, SSP Survey Irfan Amir, SSP Security Headquarters Hasan Afzaal, SSP Intelligence Shakir Hussain Dawar , SSP Admin Nida Umer Chatha, and other senior officers were also present. 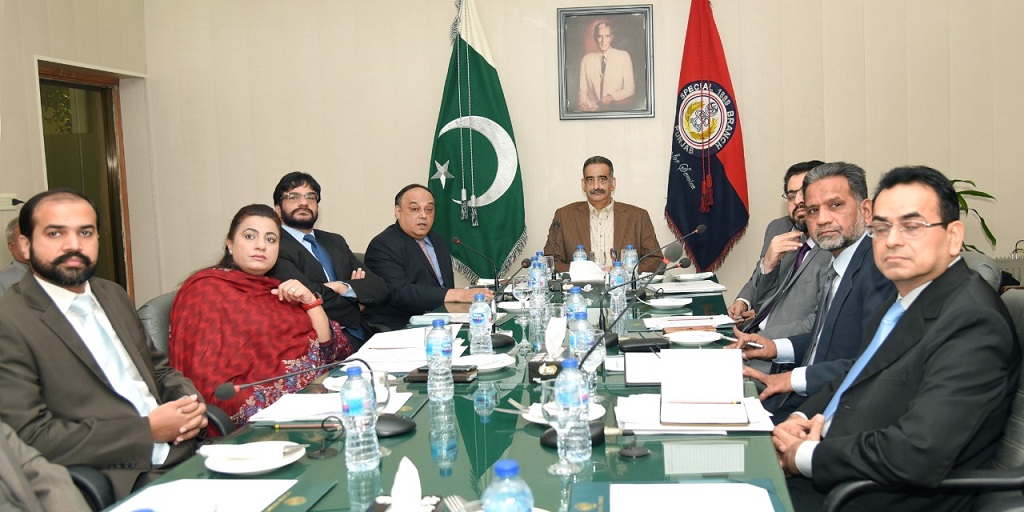