All RPOs CPOs and DPOs participated in video link conference

During my stint of 7 months as IG I faced challenges but also achieved many successes by the grace of ALLAH Almighty. Arif Nawaz

We will remember Capt r Arif Nawaz Khan as IG due to his strong leadership skills: RPOs and DPOs

I always tried not to harm anyone by my pen, power or behaviour: Arif Nawaz

Inspector General Police Punjab Capt (r) Arif Nawaz Khan said that as head of the Punjab police elimination of crime from society, best welfare of police and easy service delivery to public has always been my priorities and I always tried not to harm anyone by my pen, power or behaviour. He further said that by the blessing of ALLAH i had the honour of serving as head of Punjab Police twice and as IGP i faced the challenges like Chunian, Kasur case but also achieved many successes. On excellent teamwork and support while thanking the officers he directed all to continue their work with commitment and hard work and to grow and excel in their professional career. He expressed these views while talking to all RPOs, CPOs and DPOs in farewell video link conference at Central Police Office. All Addl IG, DIG, AIG and other senior officers of CPO were present in the conference.

Officers admired services of Arif Nawaz Khan as IG Punjab. RPOs and DPOs acknowledged the guidance and support provided by IGP, officers further said that Arif Nawaz will always be IGP of their hearts. Other officers in the event said that initiatives of IGP for the welfare of force are admirable because he presented the case of increase in salary very strongly and achieved the success for which all force will always be thankful. Officers further said that whenever they presented any idea for the improvement and welfare of the force he immediately approved which is why we performed our best to complete our duty. Officers also said that Arif Nawaz always faced pressure calmly due to his leadership skills and ensured timely response using smart and community policing parameters and information technology instead of relying on traditional policing.

IGP Capt r Arif Nawaz Khan while thanking junior officers said that i feel proud that i always found best colleagues and subordinates and with their support i continued my professional journey and completed many projects to uphold the rule of law in society and public facilitation. He further said that my relationship with Punjab Police will remain the same because transfer and promotions are the part of our job and as soldiers we should be ready for it. 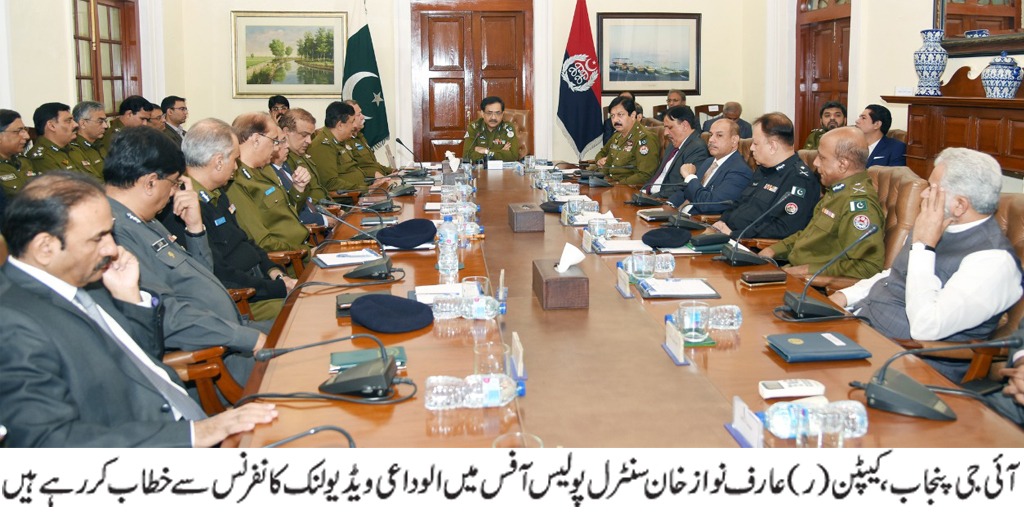