The officers of the delegation were briefed about working, modern IT projects and operational methods of Punjab Police.

The projects of general policing and public service delivery have been separated for facilitation of the public. Addl IG operations.

Addl IG Operations Punjab Inam Ghani said that Punjab Police is ensuring protection of wealth and lives of people with smart and community policing by following parameters of modern policing and modern technology is being utilized efficiently for maintaining law and order and supremacy of law in the society so that public service delivery may be improved. He further said that SP complaints are ensuring the actions on applications of the citizens in case of delay in lodging of Firs whereas other projects like front desk, 8787 complaint centers have been launched  for addressing complaints of the citizens and ensuring quick justice to people. He further said that during the year, millions of people have benefited 14 services under one roof from these Police Khidmat Marakiz and khidmat counters have also been established in all district headquarters hospitals from there, the citizens may get medical docket easily. He moreover said that with the formation of Dolphin, Peru, Anti Roit, Riverine and SPU factions, efficiency of the police force has been augmented whereas the incidents of terrorism have been reduced considerably with the help of timely actions by CTD force. These views were expressed by him when he was answering to queries by fifth junior command course DSPs and other officers from Pakistan provincial services academy Peshawar at central police office. Addl IG operations Punjab Inam Ghani also briefed the officers of junior command course about IT reforms, public service delivery projects and steps taken for change of Thana culture by Punjab Police.

Addl IG Operations while answering to officers of course told that psychologists have been made the part of recruitment panel for recruiting best officials in Punjab Police so that physically, mentally sound and healthy and able persons may be made the part of the police force. He further said that all police stations have been digitized for changing Thana culture in the province whereas cctv cameras have been installed in front desk, locks up and rooms of SHOs and they are being monitored from Central Police Office . The officers of the delegation asked the questions regarding welfare, reward and punishment and IT projects of Punjab Police and also expressed that IT based modern projects of Punjab Police are good example for other provinces. In the end, memorial souvenirs were exchanged between Addl IG operations and head of the delegation. DIG operations Punjab captain retired Atta Muhammad was also present at this occasion. 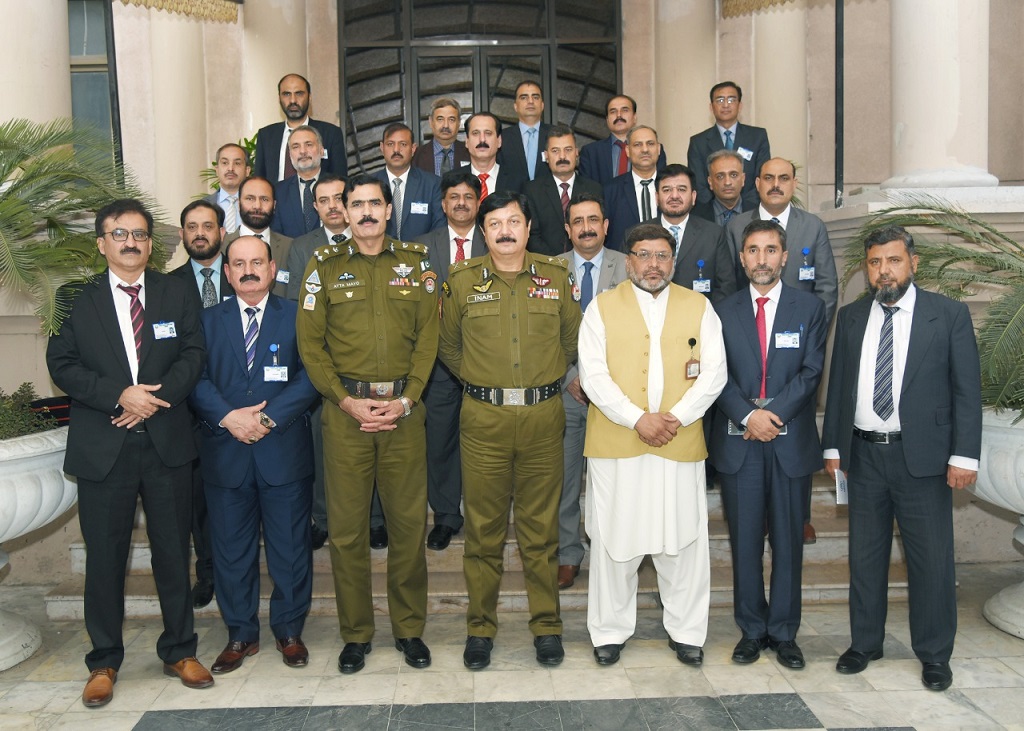