Police is following smart and community policing for ensuring supremacy of law and protection of lives and properties of people. Addl IG Operations Punjab.

Additional IG operations Punjab Inam Ghani said that following the measures of smart and community policing, Punjab Police is ensuring supremacy of law and protection of lives and properties of people whereas following the example of Lahore safe city, surveillance systems are working for monitoring of big cities of the province and these updated and modern intigrated system not only played its role in law and order but also for maintaining traffic management and eliminating the incidents of terrorism. Especially the street crimes have been halted with the effective monitoring network through these systems. He further said that modern training and investigation modules are being benefited for enhancing efficiency of Police force and for facilities of public, public service delivery has been separated from general policing and Khidmat Marakiz have been established in this regard where the citizens can enjoy more than one dozen services under one roof.

On this occasion Addl IG operations Punjab Inaam Ghani briefed the delegation about the working, modern projects and operational proceedings of Punjab Police and apprised the participants of  IT reforms of Police, law and order situation and steps taken for controlling  extremism and terrorism. He further told that efficiency of Punjab Police has been enhanced with the formations of Dolphin, PRU, Anti Riot, Riverine and SPU forces and law and order situation is getting improved day by day with the help of these forces. In this regard legal actions are being ensured by arresting drug peddlers and proclaimed offenders. He responded while answering to the queries of the participants that elements of terrorism and their facilitators have almost been ended across the province with the help of successful operations conducted by the CTD whereas process of close coordination and information sharing with other provincial police forces is also being implemented to eliminate antisocial elements on this occasion DIG Operations Punjab Capt. ( R ) Attah Muhammad, DIG Headquarters Syed Khurram Ali and AIG Operations Imran Kishwar were also present. At the end of the visit of officers of 26th Senior Management Course Souveniors were exchanged between Addl. IGP operations Punjab and head of SMC delegation. 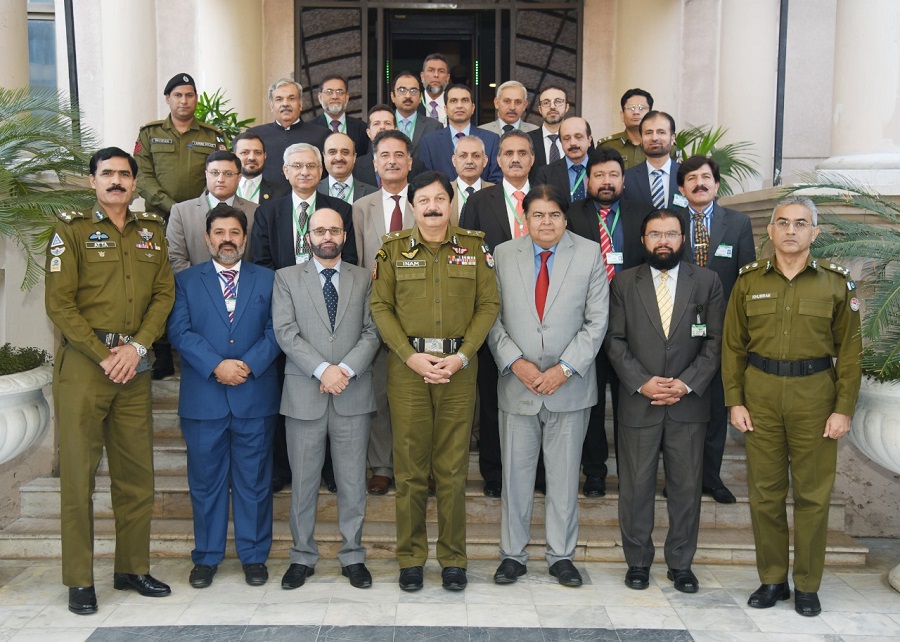