During the meeting war against terrorism, bilateral cooperation and mutual interests were discussed.

The installation of modern surveillance system for monitoring like safe city Lahore in the other districts of province is highly appreciated. Mr. Loon

Inspector General of Police Punjab Captain Retired Arif Nawaz Khan has said that Punjab police is implementing the community policing rules for public with the help of effective use of modern technology and forensic science in accordance with the modern policing, by which not only anti social elements are eradicated but also public service delivery is being improved day by day. Moreover, he said that police force is ensuring the use of modern education and working modules for crime investigation whereas Counter Terrorism Force (CTD) is engaged in intelligence based operations in all the districts of the province. In addition to this, he said that Special Protection Unit (SPU) is also providing protection to the foreigners, investors and specialists whereas Police Khidmat Marakiz have been separated from the police stations for the facilitation of the citizens where they are provided 14 services under one roof by using latest integrated system. He expressed these views during the meeting with the Philippines Embassy Police Attaché at Central Police Office Lahore today. During the meeting war against terrorists, drugs paddlers, mutual interests were discussed.

Philippines Police Colonel Attaché Mr. Marloon admired the efforts of Punjab Police against crimes and war against terror despite limited resources and said that Punjab Police is fulfilling its duty for the protection of public lives and wealth at their best and incidents of terrorism have been decreased by timely response. Moreover, he said that different IT based projects of Punjab Police equipped with modern technology bear the value of international standard and appreciable whereas the installation of modern surveillance system for monitoring purpose like Safe City Lahore in the other districts of province is commendable and professional cooperation and information sharing between the forces of two countries will be increased. At the end of the meeting memorial souvenirs were exchanged between the IGP Punjab and the Philippines Police Colonel. 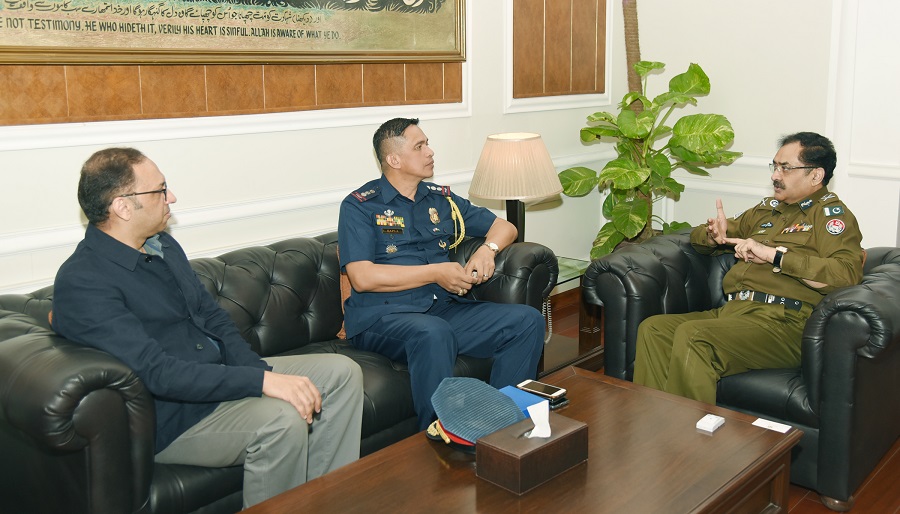 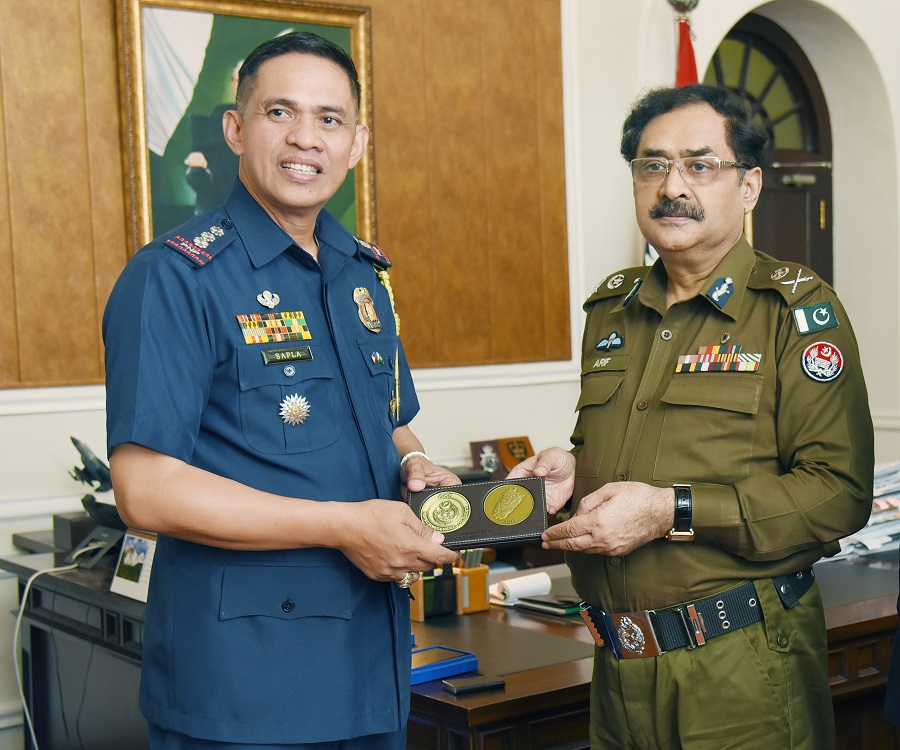