LAHORE: The Punjab Chief Minister, Sardar Usman Buzdar, has claimed that the person allegedly responsible for raping and subsequently killing four children in Chunian has been arrested and would now be tried in the Anti-Terrorism Court.

Flanked by IGP Punjab Arif Nawaz, the chief minister told a press conference on Tuesday that the alleged accused has been identified as 27-year-old Suhail Shahzad, son of Mohammed Aslam, who has confessed to his crime. The accused has been shifted to Lahore and handed over to the Counter-Terrorism Department for further investigations. He will be produced before an anti-terrorism court on Wednesday (today).

Buzdar said tqashe culprit was identified from DNA tests of the bones of three children, adding that he would personally monitor the case’s progress to ensure provision of justice to the victim families. He said DNA tests of 1,543 persons and geo-fencing of 1,649 suspects were carried out. He said the the Punjab Forensic Science Agency and the Special Branch played a key role in tracing the culprit. He said it was a very harrowing incident and after returning from Saudi Arabia, he immediately visited the parents of the victim children in Chunian. He said instructions have been issued to connect Chunian to the Safe Cities project and the number of Special Branch personnel was also being increased there. He said an ATC would hear the case on daily basis and all legal requirements are being fulfilled in this regard. The prosecutor general has been directed to personally pursue the case, he added.

He said a study of tragic incidents like those occurring in Kasur and Chunian would be conducted and ulema would also be taken on board. Buzdar claimed the Punjab government took timely action on Sahiwal killings, Salahuddin custodial death and the Chunian child abuse case. He said a request has been made to the high court for setting up a judicial commission for Salahuddin’s custodial death. In reply to a question, he said there is no deadlock over police reforms and as soon as recommendations are finalised, the draft would be presented before the media. About cabinet reshuffle, the chief minister said performance of ministers is being reviewed and the government would deal with the issue at an appropriate time.

Providing details about the alleged culprit Suhail Shahzad, IG Arif Nawaz said he is a resident of Rana Town in Chunian, and he abused and suffocated to death a 12-year-old boy, Ali Imran, in June 2019. The accused murdered two more children after molestation. The unmarried man works at a tandoor in the city. Sometime ago, the accused was arrested and sentenced to five years in jail. However, afterone-and-a-half years imprisonment, the convict was set free.

The accused has been arrested from Chunian. The IG said an incident of child molestation also took place at Hussainwala village, where a girl child was murdered after molestation. And now in 2019, four children: Faizan, Ali Hassan, Salman Akram and Muhammad Imran were also murdered after sexual abuse. 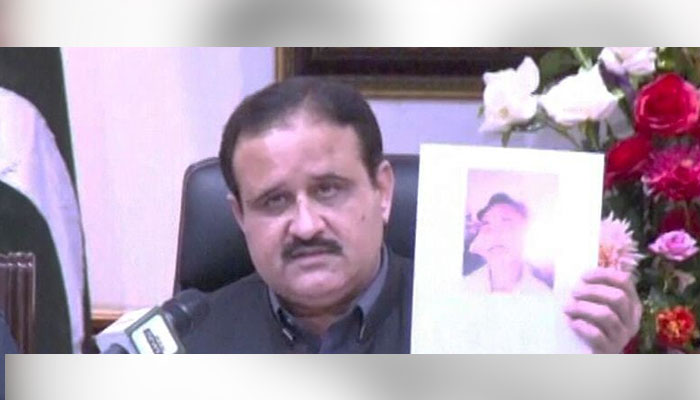