Pak Navy Commander Central Punjab Rear Admiral Zahid Ilyas called on IG Punjab captain retired Arif  Nawaz Khan  at central police office today. Different issues of mutual interest including security, law and order were discussed in the meeting whereas increase in cooperation of professional skills between Pak Navy and Punjab Police was agreed upon. IG Punjab briefed Commander Central Punjab Navy about modern IT projects of Punjab Police and told that public service delivery has been separated from general policing and Police Khidmat Marakiz have been established in all districts across the province for facilitation of the citizens. Moreover, the process of adoption of modern police working system is under way speedily. Modern surveillance system for monitoring have been installed in important districts of the province and Police officers and officials are performing their duties in accordance with rules of smart and community policing in order to maintain peaceful environment. He further said that formation of CTD, SPU, Dolphin, Peru, Anti Riot and SOU along with specialized forces has enhanced the efficiency of Punjab Police. IGP added that all possible steps are being taken to improve the standard of training of Police Force. On this occasion, Navy Commander central Punjab Rear Admiral Zahid Ilyas acknowledged information technology based modern projects and said that IT projects of Punjab Police are a precedent for other provinces and should be replicated by them. During the meeting, information sharing and exchange of training instructors were also accorded so that capacity building of the force could be enhanced. In the end of the meeting, IG Punjab and Commander Central Punjab Navy exchanged memorial souvenirs between each other. 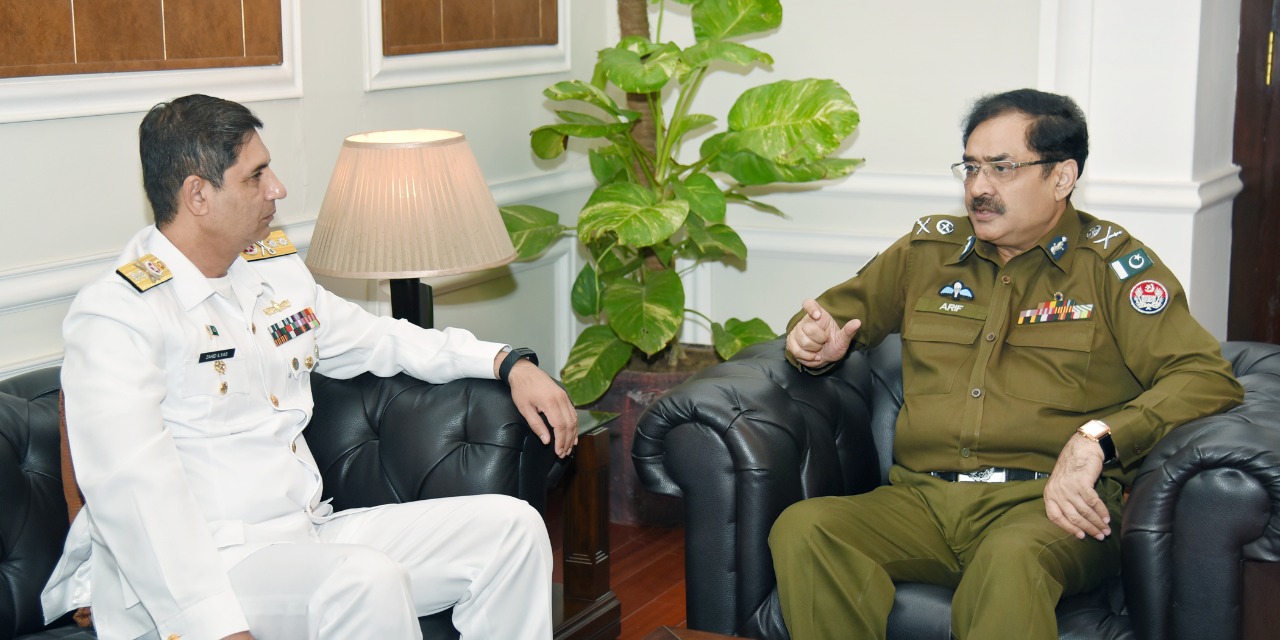