Officers and officials were praised for providing extraordinary security and maintaining Law & Order during processions and Majalis in first decade of Muharram ul haram at Lahore.

Police officers and officials should win the hearts of citizens with their good behavior, positive attitude and best performance.

Inspector General of Police Punjab Captain Retired Arif Nawaz Khan said that it is our mission to make Punjab Police a professionally strong force according to the rules of smart and community policing and for this purpose police officers and officials will have to win the hearts of public with their courteous behavior, positive attitude and extraordinary performance by performing with  full commitment, true heart and full dedication so that mutual trust between police and public may be improved gradually. IGP further added that old and outdated means of investigation should get rid of and force should adopt scientific modes of investigation whereas the officers and officials who were found guilty of Police torture, trespass of power, taking of law into hands and especially death under police custody should ready themselves for jail in case of murder cases and for strict departmental accountability and legal actions also because all force have to face criticism due to wrong doings of some black sheep. He further said that I had cleared it from the very first day that the officers and officials who take law into hands or trespass their powers have no place in the department and as far as I remain as IGP, no official of any rank will be spared and not remain the part of Punjab Police therefore, the officials and officers deputed at police stations and all formations should follow the devised SOPs and serve the public with their professional skills and ensure best service delivery to the public with full dedication and hard work. IG Punjab praised Lahore police for providing extraordinary security during Muharram ul Haram whereas applauded DIG investigation Lahore for safely recovering a child who was kidnapped from Ghazi Abad Lahore. IGP reiterated that no stones should be left unturned in provision of best services to public with full diligence and devotion. These views were expressed by him when he was addressing to   Police officers and officials during his address at Police Lines Qila Gujjar Singh Lahore. Officials deputed in police stations along with Dolphin, Peru, Anti Riots and traffic police were present in this Darbar.

An energetic police squad paid salutations to IG Punjab on his arrival at police lines Qila Gujjar Singh. CCPO Lahore BA Nasir, DIG Operations Lahore Ashfaq Ahmad Khan, DIG Investigation Dr. Inaam Waheed and CTO Lahore captain retired Liaqat Ali Malik with other senior officers were also present in the Darbaar . CCPO Lahore B A Nasir assured IG Punjab that Lahore police will keep serving and maintaining law and order as per the vision of IG Punjab and will remain high alert in performance of their official duties with full commitment and devotion and honesty. CCPO added that supremacy of merit will be ensured besides maintaining law and order.

IG Punjab directed the officers that there is no other way for us except to serve and protect the citizens by showing courteous behavior and best performance and Punjab police will have only those officers who will show best performance whereas there will be no place for those officers and officials who are found guilty of corrupt practices, negligence and carelessness. IG Punjab reiterated that only honest, Polite, committed and dutiful officers and officials will be given respect in the department. He further said that the issues of police employees like salaries, promotion, welfare, posting, health and issues of education of their children are my own issues and I will advocate solving these issues at every level. IGP said that all these issues are at my personal disposal but police force should also improve their image by working with diligence and capabilities. IG Punjab while offering homage to sacrifices of Martyrs said that welfare of families of martyrs and ghazis is my top priority and steps on preferential bases are being taken in this regard. He further said in his address that this designation is a special blessing for you therefore it is our obligation to do our duties with hard work and full commitment for which Allah Almighty will return us a big reward. Different officers and officials described various problems which they are facing and suggested useful recommendations also, upon which IG Punjab issued orders for quick resolution of problems faced by force. In the end of the darbar CCPO Lahore presented the memorial souvenir to IG Punjab from Lahore police. 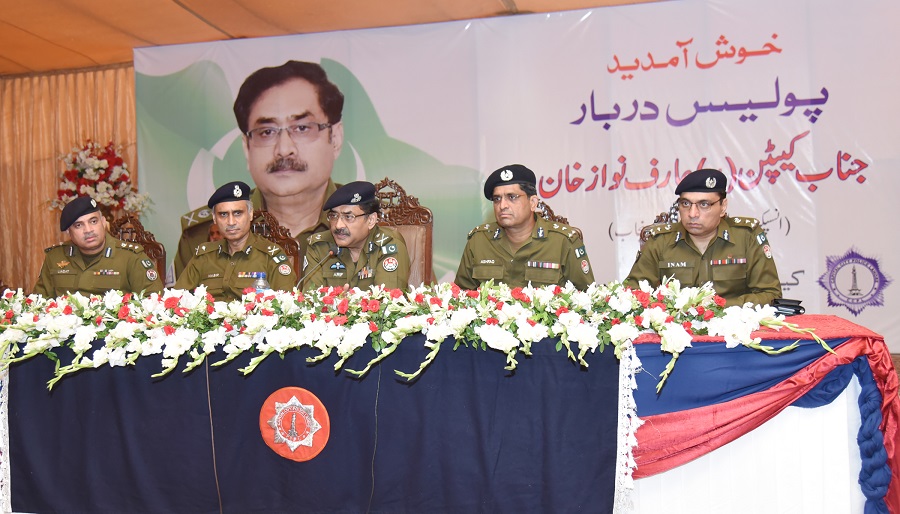 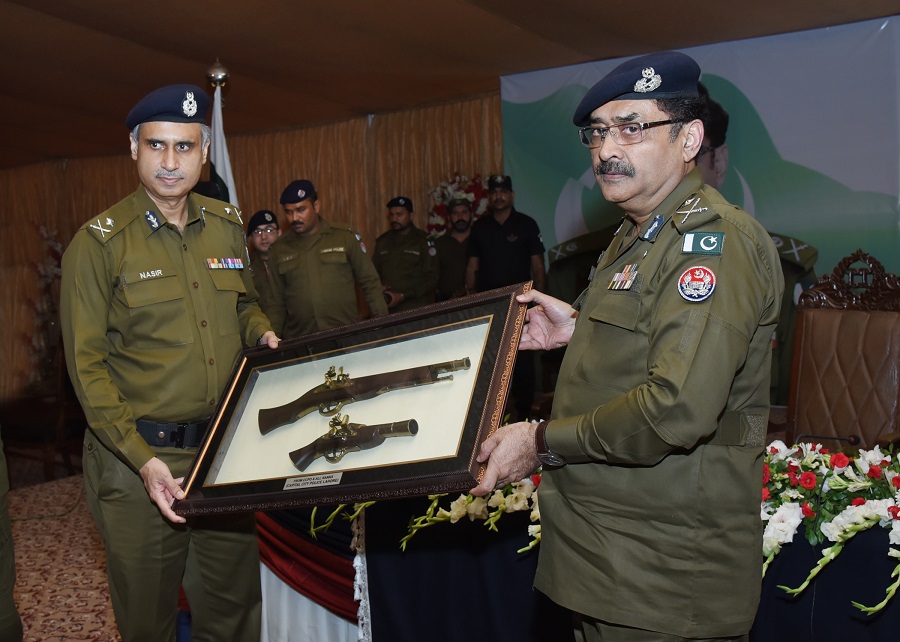