KHANEWAL: Police in Khanewal on Wednesday stopped a marriage between a 15-year-old girl and a 14-year-old boy and arrested the fathers of the two minors.

A case was registered at the Nawan Shaher police station in Kabirwala, Khanewal and legal proceedings have been initiated.

According to locals in the area, the children were being forcefully married.

Police said they received reports from intelligence agencies that the marriage between the two minors was underway. They raided the location where the wedding ceremony was taking place and on the orders of District Police Officer (DPO) Umer Saeed Malik, the girl’s rukhsathi was stopped. They arrested both the children’s fathers, who are brothers.

The nikah khwan (marriage officiator), however, managed to escape. Police say they are conducting searches for his arrest.

In April, the Senate passed the Child Marriage Restraint (Amendment) Bill, 2018 which proposed that the legal minimum age of marriage in the country be set at 18. A day after this a similar legislation was introduced in the National Assembly (NA), but only after an intense discussion which exposed cracks within various parties on the issue. 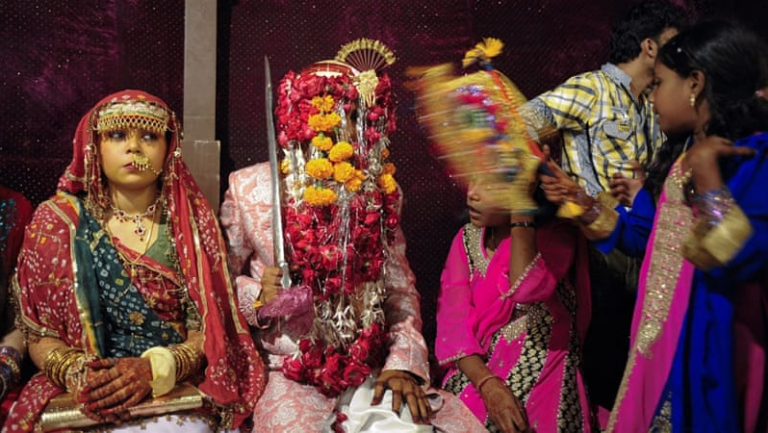