For the monitoring of Muharam Ul Haram processions and Majalis control rooms will be established at tehsil level in all districts across province.

Officers will be held responsible if Officials with bad record in HRMIS are given important duties.

Funds issued for beatification of police stations and police offices will be audited: IG Punjab

Inspector General Police Punjab Captain (R) Arif Nawaz khan said that for security of sensitive imambargahs, processions and majalis control rooms at Tehsil level will be established which will also linked to central control room at DPO office under an integrated system. He further directed to ensure close coordination and information sharing with other law enforcement agencies for security arrangements during the Muharam. He also directed to conduct flag marchs in all districts under the supervision of senior officers including all field formations, police, Dolphin and traffic to promote a sense of security among citizens and a thorough screening and scanning of all the routes must be ensured before the starting of Muharam processions and majalis. He also directed to ensure strict implementation of Loudspeaker Act and also a strict action without any delay against the distributors of hate material and sectarian wall chalking. He further said that walk through gates, metal detectors, and CCTV cameras must be installed on the route of procession while snipers on the roof tops on the route must also be deputed along with commandos in civvies for monitoring and to thwart any threat.

IG Punjab while expressing his displeasure regarding non completion of proclaimed offenders history sheet and beat chart of officials during his surprise visits to police station. He also said that police station is the primary operational unit of police and there is an utmost need to improve the working system so “I am giving one month deadline to all RPOs and DPOs to improve the police stations and CCPO Lahore, all RPOs CPOs and DPO,s must also visit at least one police station on weekly basis and must also submit the report to Addl IG  Operations” he further added. He also warned that in the second spell of his surprise visits starting from 1st October if any lapse were found senior officer will also be held responsible. He expressed these views while addressing CCPO Lahore, all RPO,s and DPO,s during a video link conference held today at Central Police Office..

IG Punjab directed officers not to give any important assignment to the officials with a negative record in HRMIS anyone violating the SOP will be held accountable he further added.  He also directed that only the officials who have passed accountancy course should be deputed as accountants and there should be refresher courses and workshops for capacity building of the accountants working in police offices. He also directed to hold an audit of the funds issued for the beautification of police stations and police offices. During conference while briefing IG Punjab about the security arrangements in their districts CCPO  Lahore and all RPOs shared that meetings with management/administration of Muharram processions has been completed and security duties has also been assigned to officials of Police, PERU, Dolphin, special force and other forces.

IG Punjab while issuing directions to the officers said that the timing of processions and Majalis must be observed strictly and also search sweep and combing operations should be done on daily basis in the areas of sensitive processions and in the vicinity of majalis across all districts. Security officials must not leave the point until everyone is gone after the processions or Majlis while daily briefing must also be ensured so that officials can perform their duties effectively. He further said hat in case of custodial death, torture or escape from custody along with relevant SHO and Circle Officer relevant DPO will also be responsible and a strict action will be taken against those involved. 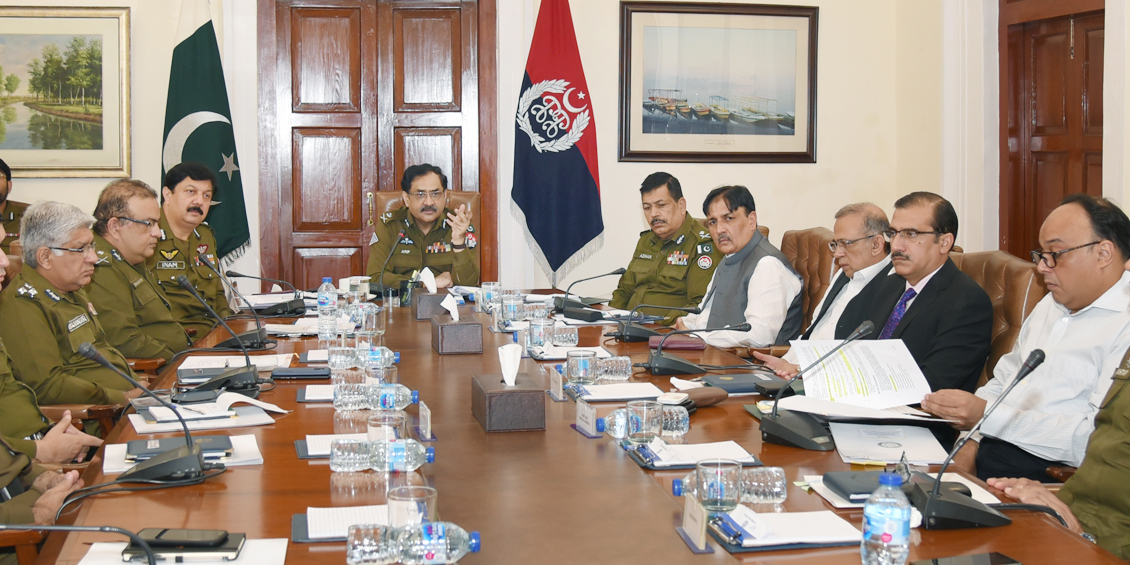