The delegation showed its interest in research on public service delivery and IT projects of Punjab Police.

Research on police projects by an international institution is the third party audit and also an honour for Punjab Police, IG Punjab.

Inspector General of Police Punjab captain retired Arif Nawaz Khan said that Punjab Police is utilizing information technology in accordance with modern policing rules for better provision of service delivery to the citizens and in this regard Police Khidmat Marakiz and 8787 IGP complaint service along with other projects are engaged in providing services to general public. Millions of people have been benefited from these projects. He moreover said that it is an honor for Punjab Police that public service delivery projects of Punjab Police have been selected for research by Harvard Kennedy School. He said that the feedback and reports sought by international experts will be helpful in enhancing performance of these projects. These views were expressed by him during a meeting with two member delegation headed by Dr Asim Ejaz of Harvard Kennedy school at central police office. Miss Fay Treet was also present with Dr Asim Ejaz. A detailed exchange of views over research and development along with matters of mutual interest were discussed.

During the discussion, Dr Asim Ejaz told IG Punjab that Punjab Police has taken the projects of 8787 complaint cell, Khidmat Marakiz with other many IT projects to the level of international standard in a very short period of time which is an example for other public service delivery departments. He further said that Harvard Kennedy school experts will conduct a research work to assess the performance of these projects and will also recommend suggestions for improving these projects after seeking the results of research. Upon which IG Punjab said that research done by an international institution is a third party audit which will be helpful in countering challenges faced by these projects whereas this research will reflect a role model for other institutions. On this occasion, DIG IT, Zulfuqar Hameed and DIG D&I Ahsan Younas were present. In the end of the meeting, IG Punjab presented memorial shield of Punjab Police to Dr Asim Ejaz. 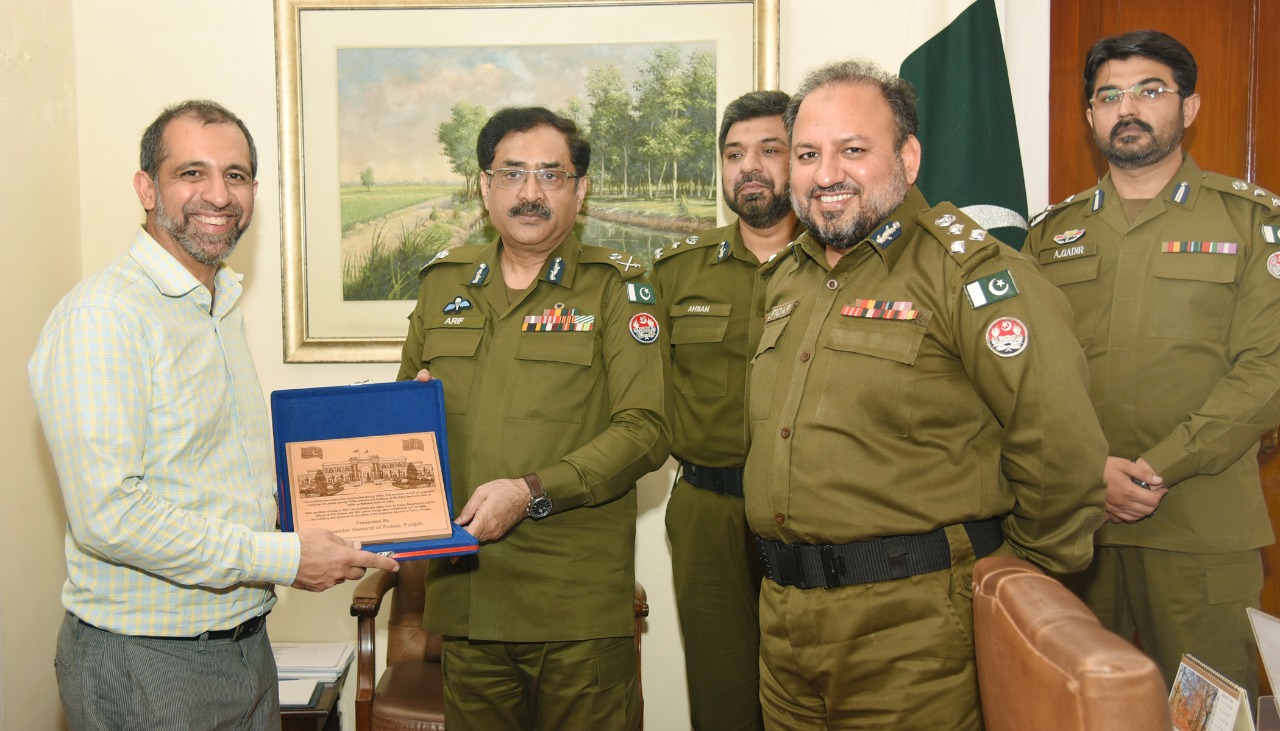