Under the chair of IGP Punjab, Reference of condolence was held at CPO.

Under the chair of IGP Punjab Captain (R) Arif Nawaz Khan, Reference of condolence was held at Central Police Office.

Fateh Khawani was recited for higher ranks of those police officers who died during last two years.

Inspector General of Police Punjab captain retired Arif Nawaz Khan said that police officers are like a family and their grief and happiness are equally shared by all. IGP said that when one individual of a family dies its grief is felt by all family because these officers not only lead their professional life side by side but also keep connected in ups and downs of life. He further said that retired officers who have completed their service with full Hard work, dutifulness and honesty are precious asset of Police department. These views were expressed by IGP in a condolence reference held at central police office. This condolence reference was marked in the memory of those police officers who died during lat two years in which families of the deceased officers except retired police officers were also present. 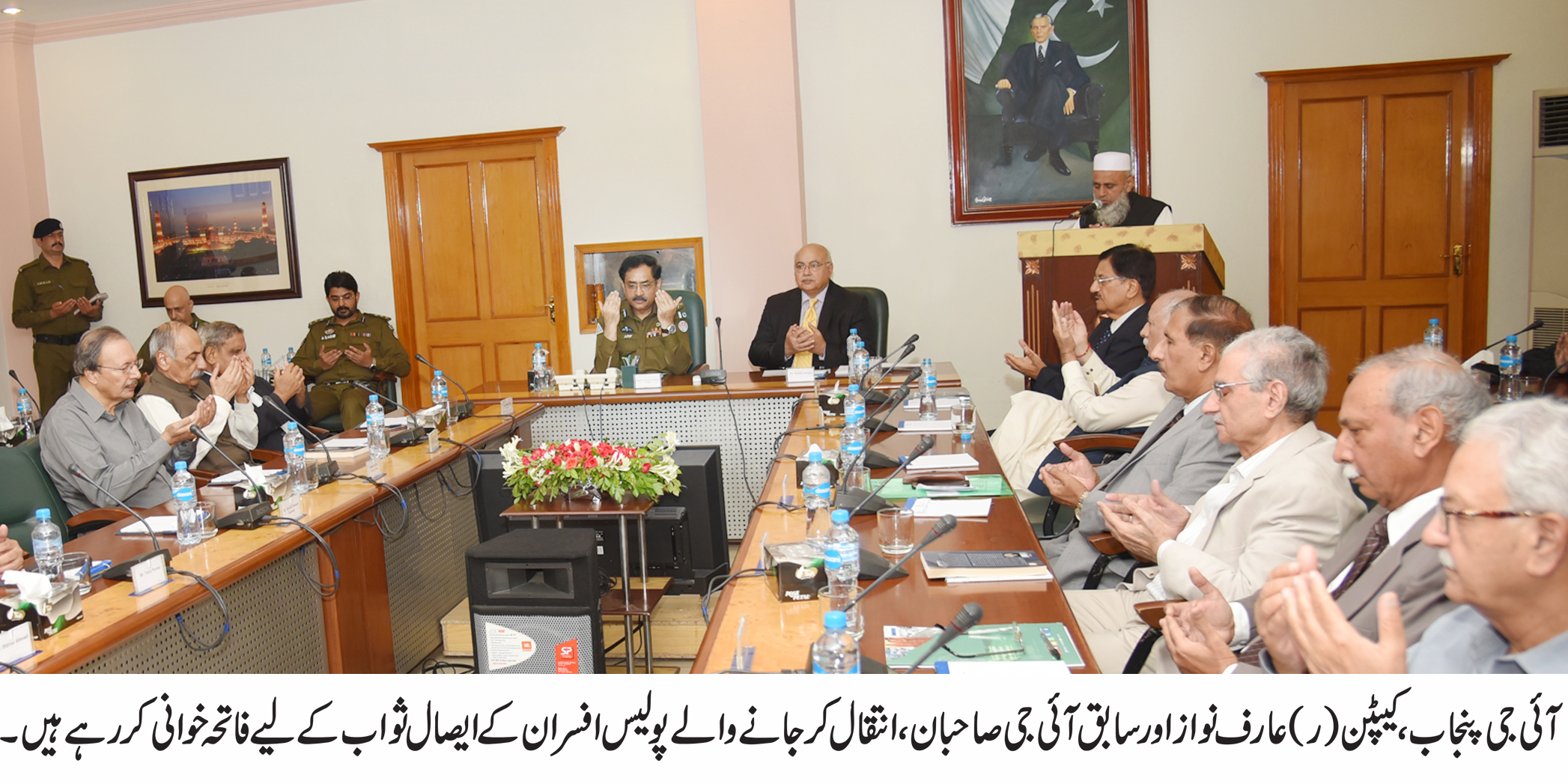