An MOU was accorded between Punjab Police and Aspire group of colleges in this regard.

According to the agreement, children will be able to get free education from schools and colleges of Aspire group.

Syed Umar Nazar shah acknowledged the services and sacrifices of Police officers and officials and paid homage to them during the ceremony. He said that police force save the lives of people by putting their lives in danger and risk, therefore all nation should recognize the services and sacrifices of martyrs of Punjab Police. He added that, under the MOU signed between Punjab Police and Aspire Group, the children of martyrs of Punjab Police will get free education form all savvy schools run under Aspire group and other branches and colleges and campuses  of Aspire group situated in all districts whereas in service and retired police employees will be given benefit of half fee for their children in educational institutions of Aspire group. He moreover said that the children of Police employees will also be given scholarships, uniforms and also books. Syed Umar Nazar shah moreover said that the Aspire group will also take measures to ensure provision of respectable professions in institutions run under administration of Aspire Group. On this occasion IG Punjab further said that I see the cooperation and help offered by Aspire Group for education of Police employees with great respect. He directed DIG welfare to launch projects following the parameters for welfare of Police employees. In the end of ceremony IG Punjab presented memorial souvenir to Syed Umar Nazar shah and his team from Punjab Police. All additional IGs, CCPO Lahore BA Nasir, DIG operations Lahore Ashfaq Ahmad khan with other senior officers of the central police office were present at this occasion. 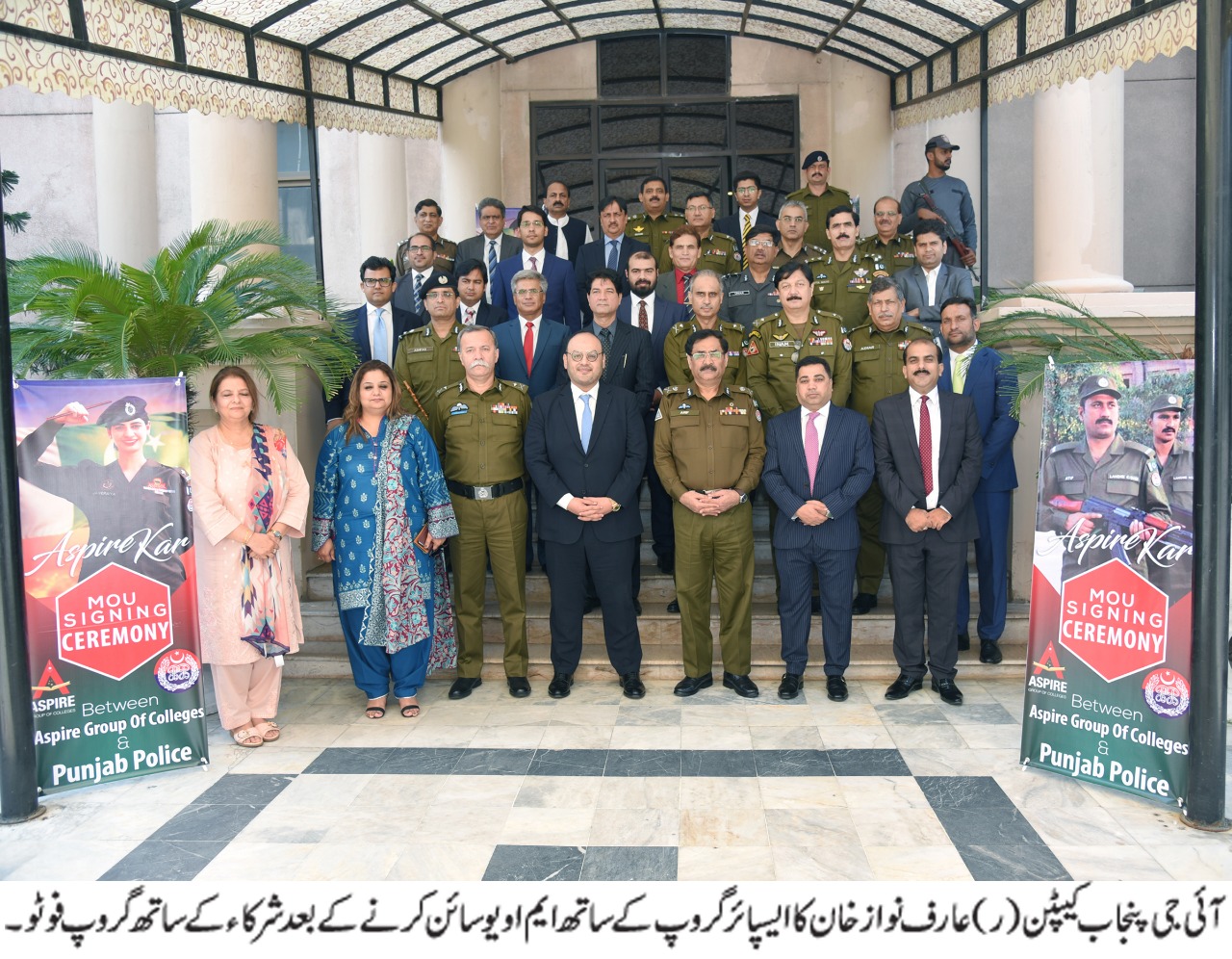 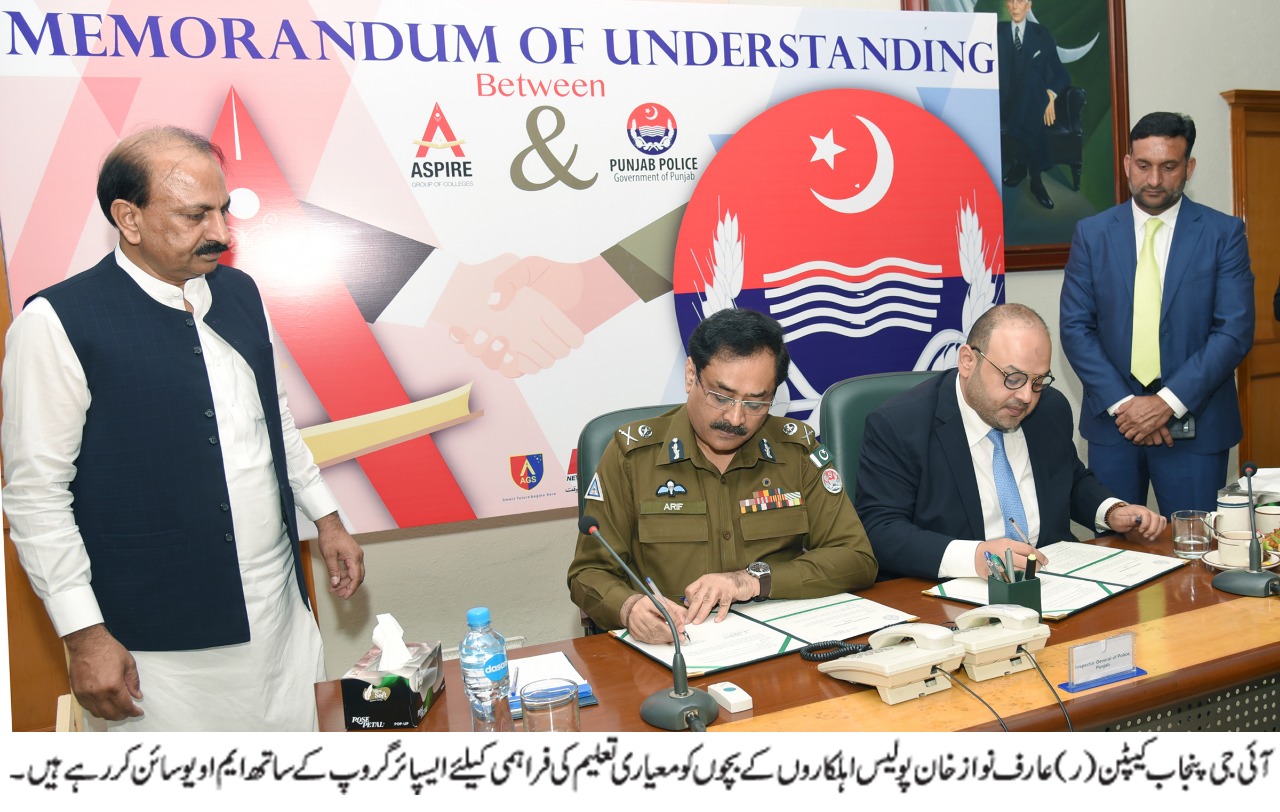