Lahore - Punjab Police Inspector General Arif Nawaz Khan Monday asked RPOs, CPOs and DPOs to step up security of mosques and other worship places so that Eid processions would be held peacefully.

“Ban on hide collection by banned outfits be enforced at all costs while wheelie, aerial firings and other such troublemaking be fended off and security around cattle markets be enhanced”  the police chief said while holding a video link conference on security for Eidul Azha and Independence Day . He laid stress on paying special heed to recreational spots and parks.

“The force should be vigilant. For the smooth flow of traffic, effective strategy should be adopted. The DPOs should personally supervise the situation, he said.  He added officials must not use mobile phone and in case of defying the directives, the cellphone be confiscated and a departmental action will be initiated.

He directed Rawalpindi police chief to take special steps to ensure security and smooth flow of traffic during EID days.  The IGP directed the additional IG of PHP to ensure effective patrolling on highways.

Accord for free education of policemen’s children

Nazar Shah acknowledged the services and sacrifices of police for maintaining peace, saying:  “The police deserve recognition as they save the lives of people by putting their lives at and risk. The IGP reiterated the resolve to bring in reforms for welfare of families of police  “We are utilising all resources and such pacts will help the lawmen. Arif presented a souvenir to Nazar Shah and his team. 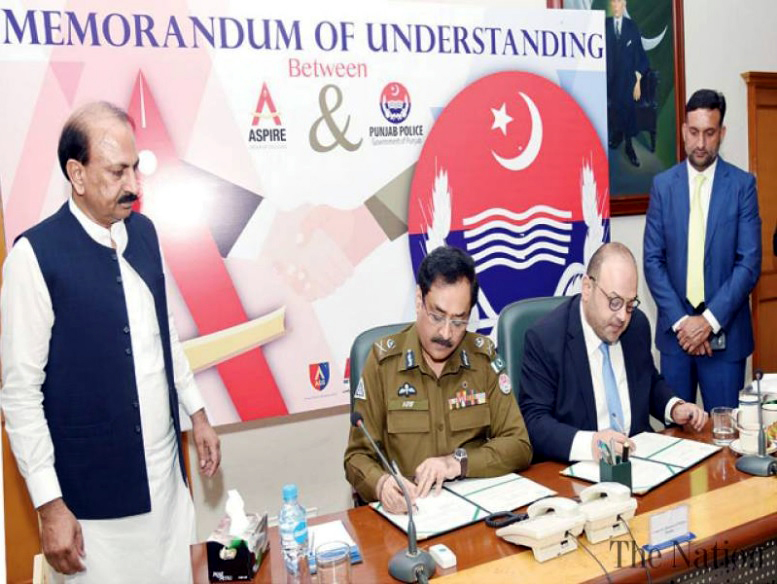