Inspector General of Police Punjab Captain (r) Arif Nawaz Khan said that sacrifice of almost 1500 martyrs will not go in vain. He said that martyrs are the asset of Punjab Police and their sacrifice is the guiding path for whole police force and their sacred mission will be continued at every cost. He said that as head of the Punjab Police I want to ascertain that Punjab police by utilizing all available resources will continue to play its role against the anti-social elements to ensure a peaceful society at any cost. He further said that cowardly acts of terrorists cannot demoralize our officials and officers and every one of us is always ready to sacrifice his life while protecting lives and properties of public. IG Punjab expressed these views in an event to light candles at Yadgar e Shuhada Lahore. At this occasion CCPO Lahore BA Nasir other Police officers were also present.   IG Punjab at this occasion said that despite continuous attacks on Punjab police from terrorists and anti-social elements morale of the force is high rather martyrdom of our officers and officials gave us a new courage and zeal.

IG Punjab said that families of shuhada are part of our families and I assure them that I consider their problems my personal problems and will continue to address them in every possible way. He further said that police department will keep helping to provide education to children of martyrs so that they can be a respectable citizen and I feel very happy that on my request government has distributed all pending Shuhada package cheques to the families of martyrs which is proof that sacrifices and bravery of police martyrs is acknowledged at every level and their families are considered a part of police family. He further told that to address the problems of families of martyrs a DIG level officer is appointed at Central Police Office and I am also available to them. He further said that Punjab police is utilizing all available resources to address the public issues and a large audience here is a proof of their trust on Punjab Police. During the event Punjab police band played soulful tunes while at the end Fateha was offered for the martyrs. 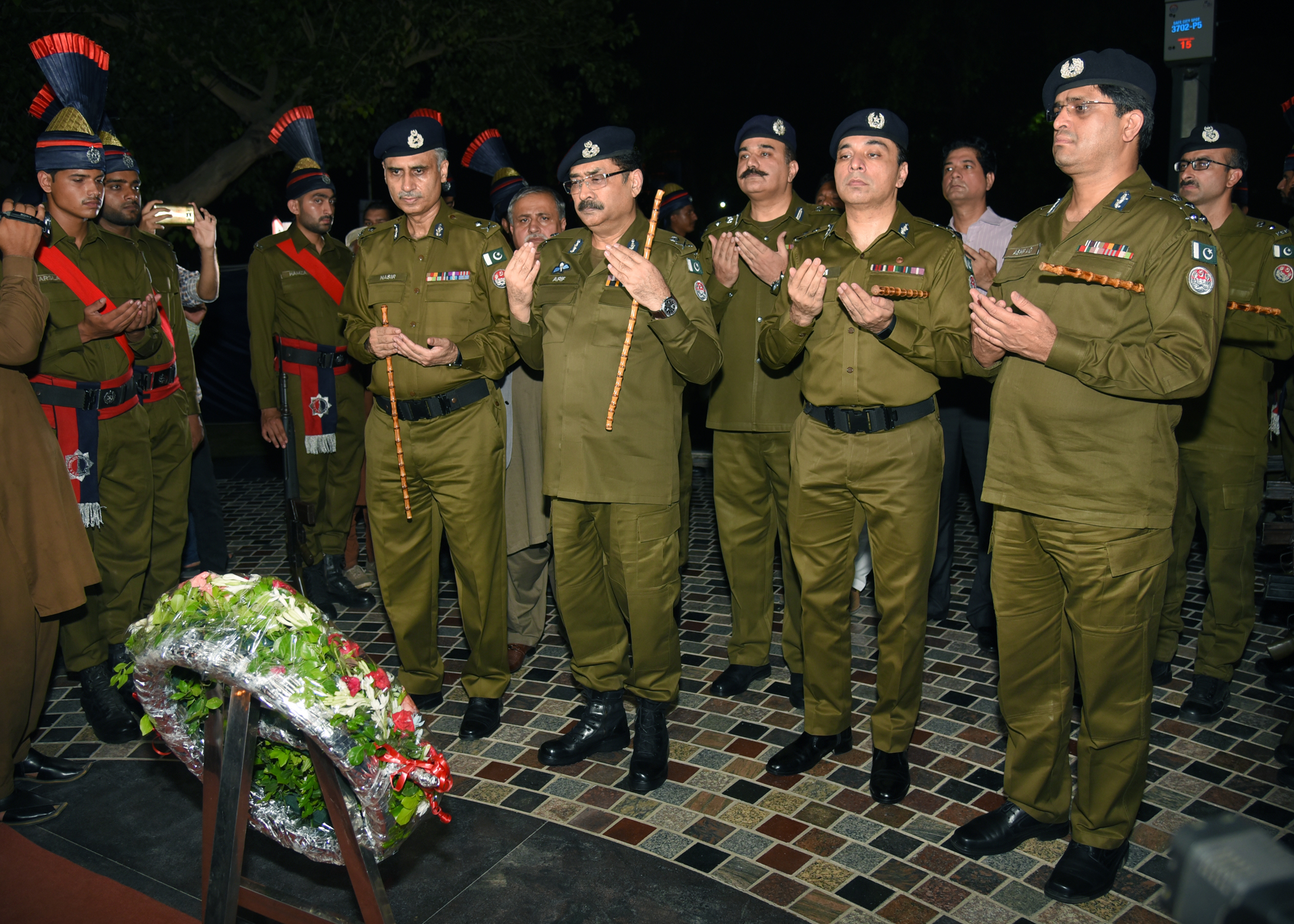