Elite duty will be considered field duty, obstacle in the promotion of Elite officials is removed

Elite force is a specialised force that should only be used in special operations: IG Punjab

Inspector General of Police Punjab Captain (R) Arif Nawaz Khan said that for the timely promotion of Elite Officials, Elite duty will be considered as field duty and process of the promotions of Elite officials should be started at earliest according to their seniority and merit so that officials of Elite force can perform their duties with more hard work and commitment. He further said that Elite force is a specialised and well trained force of Punjab Police and every soldier of this force has the ability to complete all kind of operations against all odds so this force should only be used for high profile operations rather than using it for protocol duty so that they can play their effective role in purging the society from criminal and extremists. He further said that if elite force is moving to another district for an operation, their food and stay will be the responsibility of local DPO and any DPO found guilty of carelessness in this regard will be accountable. He further said that Elite force training is best combination of professional, physical, mental and moral training due to the higher level of training Elite force has successfully thwarted nefarious plans of anti social elements and terrorists so to further improve the standard of their training expert trainers should also be employed so that more competent and professional officials could be prepared for field. He expressed these view while addressing officers at a high level meeting at Elite Training Centre Bedian, today.

IG Punjab Arif Nawaz Khan during his visit to Elite Training Centre witnessed a mock exercise to counter terrorists, fire practise and other professional skills of Special Operation Unit. IG Punjab during his address with the officials said that personals of Elite Force and Special Operation Unit should keep their moral high and should prove by utilising their skills that they are always ready to face new challenges. He further said that Special Operation Unit was formed primarily to counter criminal elements in Kaacha so the required equipment including latest weapon should be provided and every possible help in this regard will be provided by Central Police Office. He further said that despite the scarcity of resources Elite force has performed excellent examples of bravery and professionalism so no sacrifice should be avoided continuing this performance, at this occasion Addl IG Elite Shahid Hanif, Commandant Elite School Colonel Pervaiz Iqbal, Director SOU Colonel Saad Saleem along with other officers were also present. 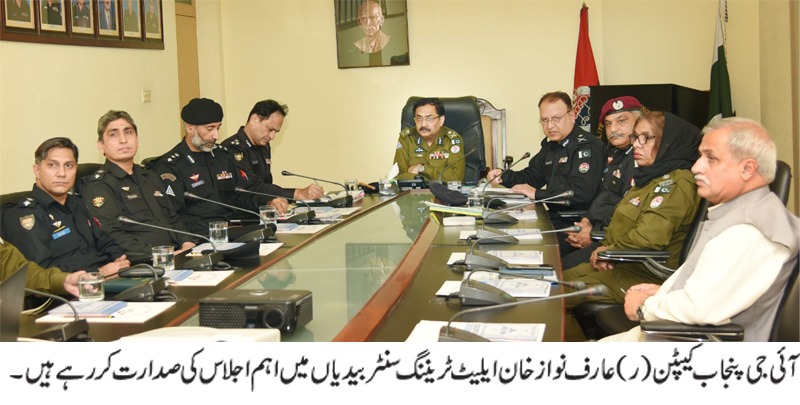