Around 3301 search, sweep and combing operations have been conducted during last one and half month in all districts of the province.

In this regard 5235 cases have been registered and 5263 accused have been arrested. 6538 weapons and 43633 bullets having worth of millions of rupees have been recovered.

Inspector General of Police Punjab Capt. (R) Arif Nawaz Khan said that in order to eliminate and purge all districts from criminals and anti social elements, the combing, search, sweep and intelligence based operations should be conducted speedily. He said that an effective strategy should be carved out to raid hideouts of those accused involved in extremist and criminal activities so that these criminals should be taken behind the bars and citizens may get rid of such criminal activities. IG Punjab moreover said that licenced weapons used in criminal and illegal activities should get canceled with close coordination of other institutions and there should be no delay in taking legal actions against the owners of these licences. He added that the officers who were found lazy and negligent in taking actions regarding this matter, they should be ready to face departmental actions against them. He further directed to CCPO Lahore, all RPOs, CPOs and DPOs to strictly ensure the steps taken for elimination of illegal arms selling and buying in their respective districts, whereas combing operations should be conducted under the supervision of circle officers in slums, hotels and inns on regular basis and its report should be submitted to Central Police Office regularly. IGP Punjab emphasized upon monitoring and checking of passengers and vehicles on inter districts and inter provincial check posts and checking of vehicles should be made effective. He said that there should be no delay in taking legal action against those vehicles and passengers having incomplete documents. These directions were issued to CCPO Lahore, all RPOs and DPOs through a notification.

Addl IG operations Punjab Inam Ghani briefed IG Punjab about report of search and combing operations and told that in the wake of forthcoming events of Eid Ul Azha and Muharram ul Haram, from 1st June to 22nd July collectively 3301 search, sweep and combing operations have been conducted in all district of the province whereas police teams also conducted 4777 raids on hideouts of professional criminals and extremists. The report further revealed that during the combing operations, around 5235 cases have been registered and 5263 accused have been arrested in this regard whereas 275 klashankoves, 409 rifles, 687 shot guns, 5167 pistols and 43633 bullets having worth millions of rupees have been recovered from these arrested accused. IG Punjab directed officers to strictly ensure the implementation of SOPs described in National Action Plan and also ensure actions against those who violate the law. He directed to senior officers that search, sweep, combing and intelligence based operations should be continued in sensitive areas like religious places, educational institutions and public places so that dubious  activities of individuals should be monitored strictly. 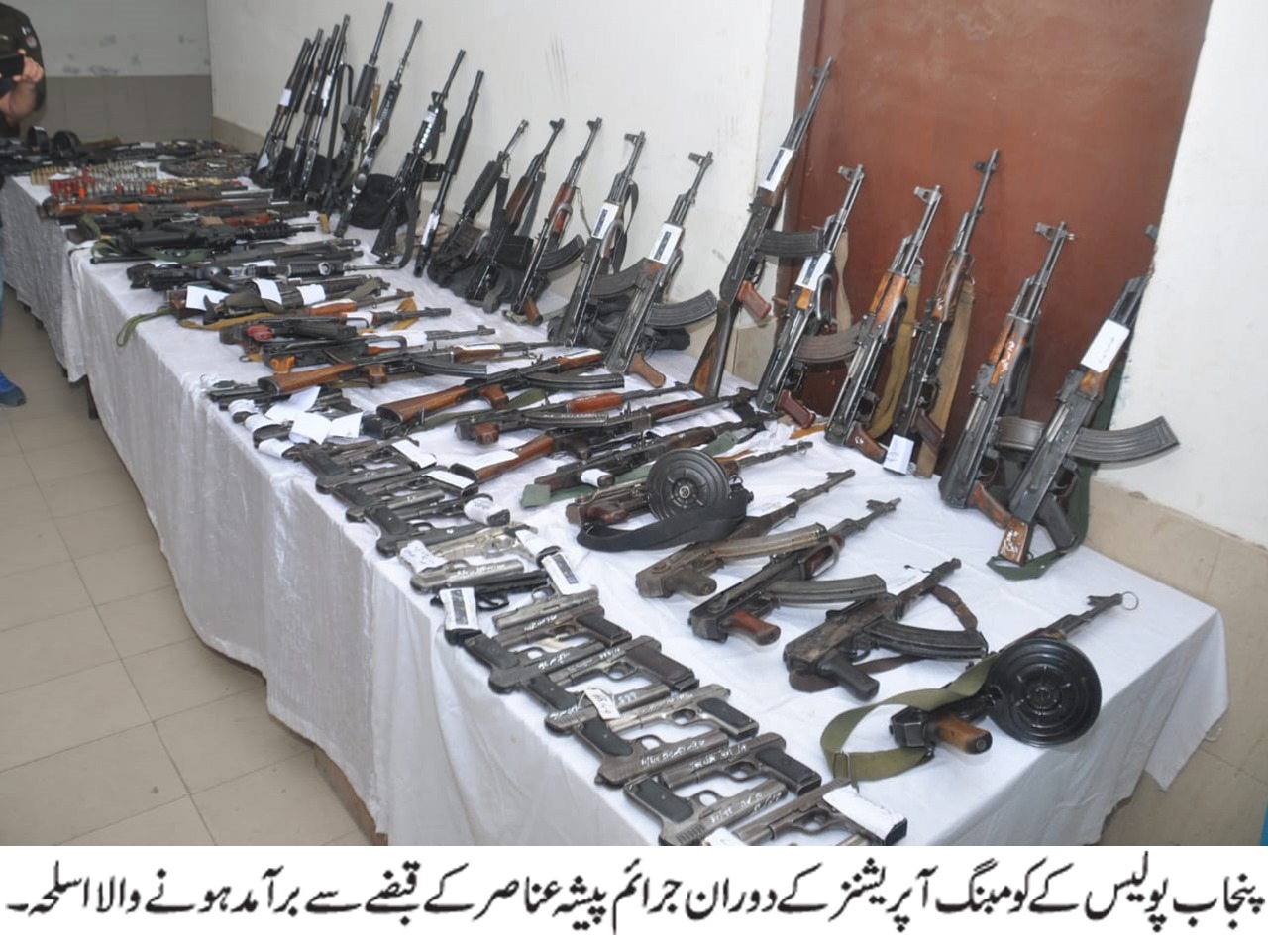