Mock exercise at Manawan Camp, Lahore according to the directions of IG Punjab

SPU officials along with Rangers & Rescue 1122 exhibited skills to counter any terrorist incident.

According to the directions by Inspector General Police Punjab Captain (R) Arif Nawaz Khan Special Protection Unit (SPU) conducted a mock exercise to counter any terrorism threat at Manawan in which skills regarding to counter a terrorist attack, joint operations during emergency situation and relief activities were practiced. Objective of this exercise was to review response of the officials and to further improve the preparation so that in any untoward incident they can perform efficiently During mock exercise in coordination with Punjab Rangers & Rescue, contingency plan in case of attack on main gate, shifting foreigners and VIP guests to safe place, first aid to injured by 1122 and briefing to SPU officials by Rangers Wing Commander, and Deputy Director Wing-1 and other activities were practiced. While talking about the mock exercise DIG SPU Umer Sheikh shared that SPU officials are actively performing security duty for CPEC projects and foreigners across Punjab and in this regard mock exercises are regularly done to further improve the capacity of the officials and also coordination with other departments is ensured so that in any emergency situation operation and rescue can be completed at earliest. 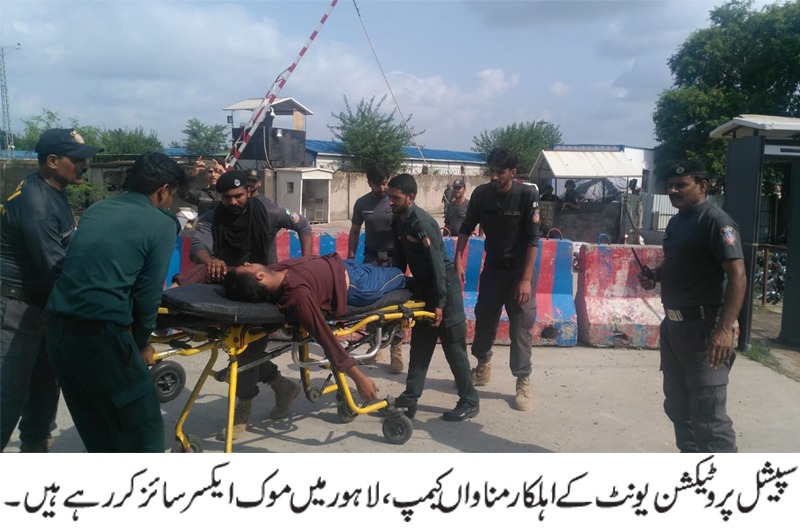