IGP held meeting with RPO & CPO Gujranwala and all DPOs of the region at RPO office and also addressed to a police darbar at Gujranwala Police Lines.

Inspector General Police Punjab captain retired Arif Nawaz Khan said that to serve and protect the people is not less than a noble deed so all Police officers and officials should ensure to solve the issues of aggrieved citizens on priority basis so that authorities given by Allah Almighty may be exercised in true sense. He emphasized upon the officers that they should adopt the merit policy without any duress to clean the society from crimes in the society. He moreover said that police service is a mission more than a job and we have no other option left with us except showing best performance for protection of our country. He said that Officers should act like a team leader of the force and should ensure to get best service and performance from their subordinates so that society may purge from ills of anti social elements and criminals and this whole process may be speeded up. He emphasized upon that the persons involved in rapes and making immoral videos of women and children should be taken behind the bars and there should be a zero tolerance in this regard. He added that such criminals should be taken in the clutches of law as soon as possible. He reiterated that all possible steps should be taken to ensure protection of rights minorities whereas the operation against cases of murder, dacoity, extortion, ransom, land mafia should be speeded up and taken these persons behind the bar. He added that, there is no place for any officers and official of Punjab Police who are found guilty of negligence, corruption and misuse of power. He said that there is no leniency for the police officers and officials who misbehave with public and police force should bear in mind that now onward, only diligent, honest and able will be given respect in the department. IG Punjab further said that bold and  brave martyrs  officers and officials who laid their lives in the line of duty are the pride of the Police department and welfare and look after of their families is my personal responsibility and steps will be taken to ensure their welfare in this regard. He expressed these views while addressing to a police darbar at Ashraf Marth Shaheed police lines Gujranwala. RPO Gujranwala Tariq Abass Qureshi CPO Gujranwala Dr Moeen Masood, DPO Sialkot Captain Retired Mustansar Feroze, DPO Narowal Zulfuqar Ahmad, DPO Hafiz Abad Sajid Kiyani and DPO Mandi Bahuddin Nasir Sial with other senior officers and officials were present at this occasion,

While addressing to darbar the IGP further said that it is my solemn commitment that police should be made public friendly and for this purpose police officers and officials will have to develop a friendly and amicable relationship with the public. IGP stressed police officers and officials that they should ensure full sense of protection and security to the public in their respective districts and try to fulfill their expectations so that police image may be made better in the eyes of the society and people from every walk of life could fully trust the police force. He said that immoral and disgusting behavior in police stations will never be tolerated and every citizen should be given respect and their grievances should be addressed by showing professionalism by police force. Inspector General said that it is the need of time to provide relief to citizens by showing professional capabilities, vision, hard work and honesty by  police so that criminals could be eliminated from the society. He said that a health body reflects a healthy mind and therefore gymnasiums have been established in every district by keeping in view the physical fitness of the force. He said that hospitals in police lines will be upgraded to provide modern medical facilities to the force. He added that for better policing the experiences and services of retired officers are being hired. Modern refresher courses are also being conducted for enhancing investigation process of the police in this regard. Welfare of the police force is our top priority and I will resolve all issues presented before darbar on priority.

Before arrival to Gujranwala police lines, IGP presided a crime meeting at RPO office in which RPO Gujranwala, CPO Gujranwala and all DPOs of the region briefed IG Punjab about the crime situation and steps taken for eliminating these crimes in their concerned districts whereas IG Punjab issued important directions on this occasion. During the visit, IGP laid the foundation of visitors lounge for solution of the problems of the citizens and Jamai Masjid Muhammad. After this, inspector General Police Punjab captain retired Arif Nawaz Khan laid floral wreath of the memorial of martyrs at Ashraf Marth police lines Gujranwala. He also inaugurated police guest house, recreation room, welfare eye and 111 branch. IGP also planted a sapling in the wake of Clean and Grean Pakistan campaign at police lines. On this occasion city police officer Dr Moeen Masood briefed IG Punjab about different development projects especially resource management centre, Police Khidmat Marakiz, Front Desk and Progress and performance of complaints cell. In the end of the Darbar inspector General Police Punjab captain retired Arif Nawaz Khan distributed prizes among best performers of Police of the region whereas the personal issues of the officials were also heard by IG Punjab and he gave orders for quick resolution of some issues on the spot. 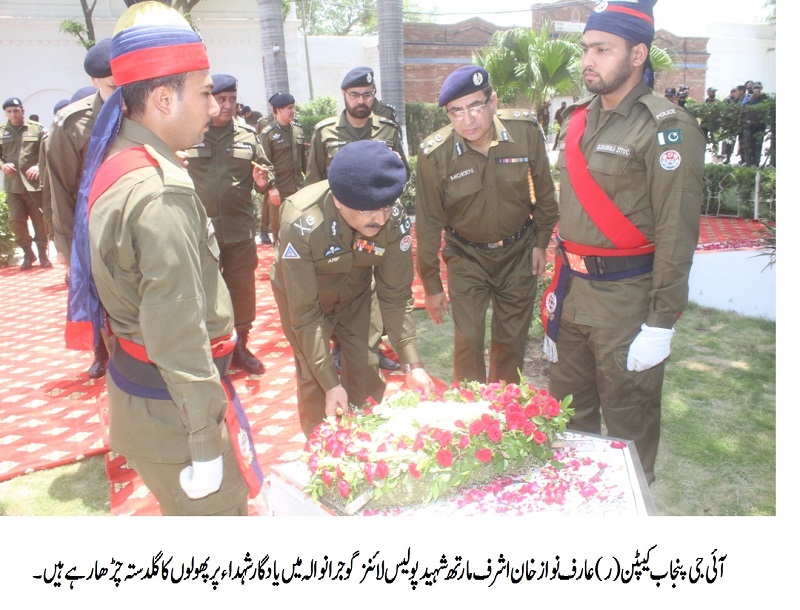 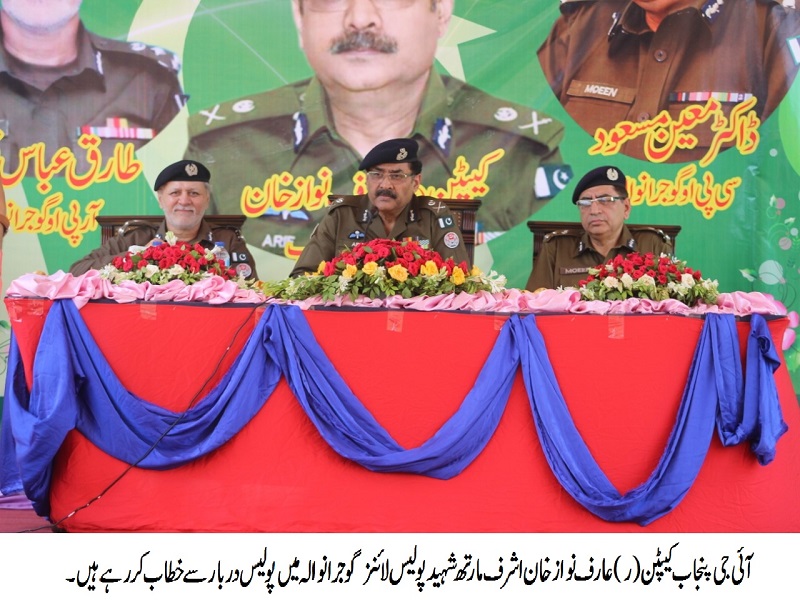 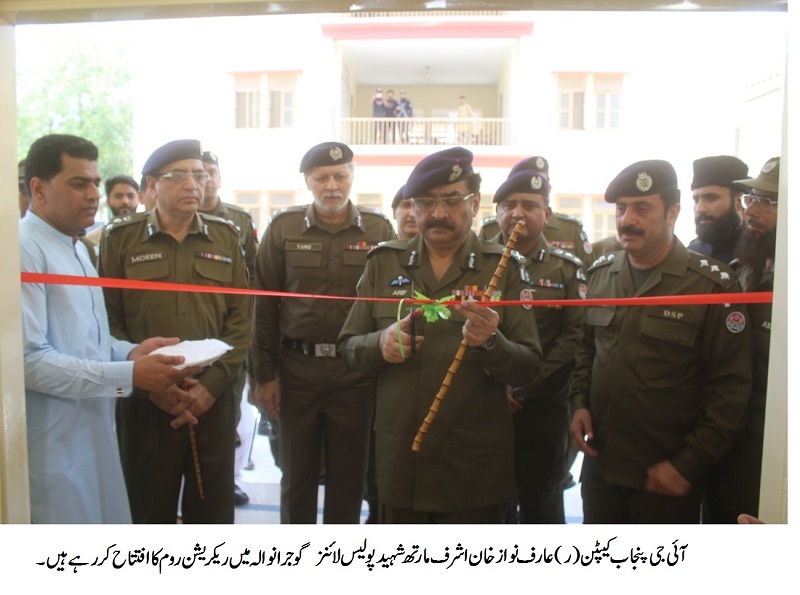