The moveable canteen would roam around Multan City; approaching the wardens appointed at various city points.

With a small resting area, the canteen also has tables and chairs, where wardens can sit, drink cold water and can even order refreshments.

The step was taken to honour the 12-year long struggle of traffic wardens performing their duties on roads in all weathers, whether it may be the scorching heat of summer or chilling winds of winter.

Multan Chief Traffic Police Officer Senior Superintendent of Police (SSP) Huma Naseeb noted that keeping in view the high temperatures in Multan, which rose up to 45-degree centigrade in summer, the initiative was taken to provide relief to traffic wardens.

She noted that these mobile canteens would also supply cold drinks and Aftari to wardens in the holy month of Ramadan.

The refreshment service was said to be badly needed in summers especially when no trees were available for traffic wardens to have some rest.

While only one mobile canteen was introduced at present, more canteens would be launched in future, depending upon the availability of funds, she added.

He said that traffic wardens could not even get hold of cold drinking water in the scorching months of May, June and July. Therefore, these moveable canteens were called a sigh of relief for wardens working shifts on roads.

Common people on roads could understand the nature of our job as we have to stay in uniform for the whole day under the sun, he added.

Another traffic warden, Muhammad Asif, demanded at least five such mobile canteens as Multan was a big city with a population of around two million.

He added that this was the first time that the services and hard work of traffic wardens were being acknowledged and they were provided necessary facilities. “Otherwise we had to manage Sehri and Aftari on our own during duty hours in Ramadan,” he maintained.

A non-government organisation Care and Cure’s Nasir Shiekh said that the organisation conducted awareness sessions on traffic rules and regulations for the citizens. He said that traffic wardens were not ever encouraged by any government. It is not easy to maintain discipline on road keeping in mind the security of citizens especially at school closing times, added Sheikh.

This step would increase the efficiency of traffic wardens, he concluded. 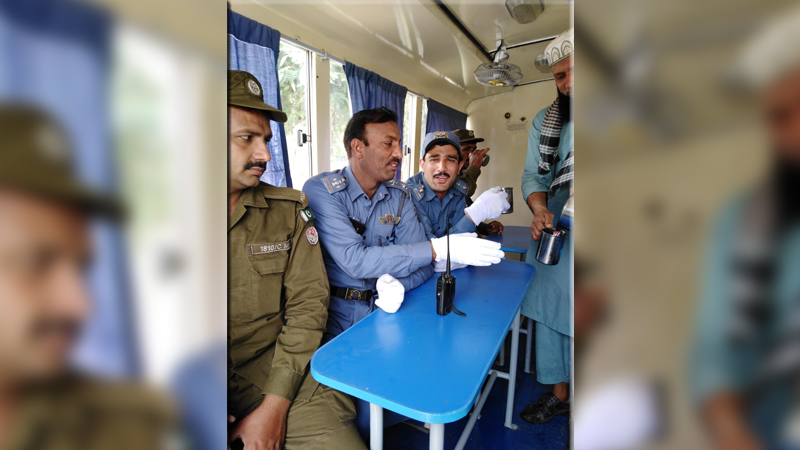