LAHORE: Inspector General of Police, Punjab, Arif Nawaz Khan has said that his favourites are only those officers who will serve the public and uphold the rule of law.

He expressed these views while chairing a meeting at Central Police Office on Sunday. He said a list of top 20 criminals and anti-social elements should be prepared in every district and they should be apprehended by June 5.

He directed the officers to beef up the security of all educational institutes and worship places, including churches, across Punjab on a priority basis. He said the RPOs and DPOs should personally monitor the security plan and security duties. He said every officer should ensure his/her availability in office during office hours so that citizens could easily access them.

The additional IG Operations briefed the IG that a comprehensive security plan had been devised and almost 80,000 police officers, officials and volunteers would perform security duties at 32,585 Mosques and Imambargahs of the province in Ramazan. The IG emphasised to gear up the search, sweep, combing and intelligence-based operations in the vicinities of all worship places.

He said that zero tolerance should be shown to those responsible for death in police custody, torture. He said strict departmental action should be taken against the officers in case of flawed investigation or distortion of the facts. He said all checkpoints other than at the entry and exit points of the City should be removed immediately, starting snap checking. Special teams of Logistics Branch and Internal Accountability Branch should immediately start touring all the districts to check and compile a report of police stock, the IG ordered. 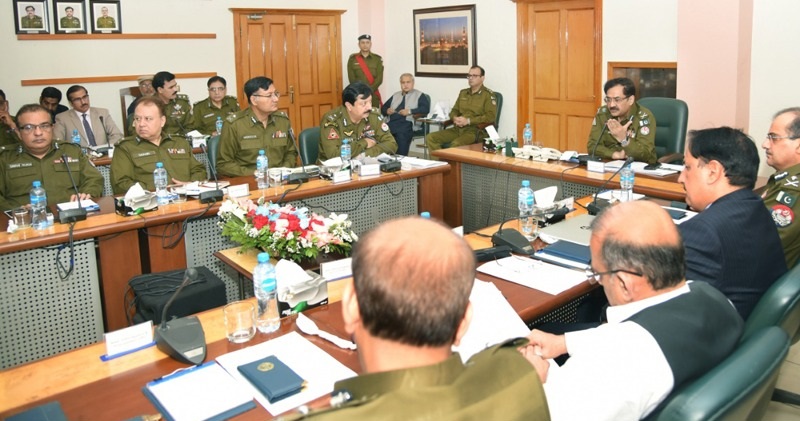