In order to eliminate terrorists in Punjab, an MOU between Punjab Police and Intelligence Bureau has been inked

In order to eliminate terrorists in Punjab, an MOU between Punjab Police and Intelligence Bureau has been inked. In this regard, IG Punjab Captain (R) Arif Nawaz Khan and joint director IB (JDIB) Farooq Mazhar signed the memorandum in a ceremony held at the Central Police Office. Addl IG CTD Muhammad Tahir Rai was also present during the memorandum signing ceremony. According to the memorandum, CTD wing of Punjab Police and Intelligence Bureau will act together against terrorist organizations. Joint operations teams of Intelligence Bureau and CTD Punjab will be constituted which will operate at the level of SSP CTD and Deputy Director IB. Both institutions will collect information about terrorist organizations and their activities. CTD teams will conduct operations also work to get these terrorists sentenced by courts in the light of information gathered by mutual efforts of both institutions. In this regard, the executive board will be carved out at the level of Addl IG CTD and joint director IB which will monitor the progress of both institutions. It is here worth mentioning that IG Punjab and Director General IB will examine the actions and achievements of both institutions against terrorists in the annual meeting. 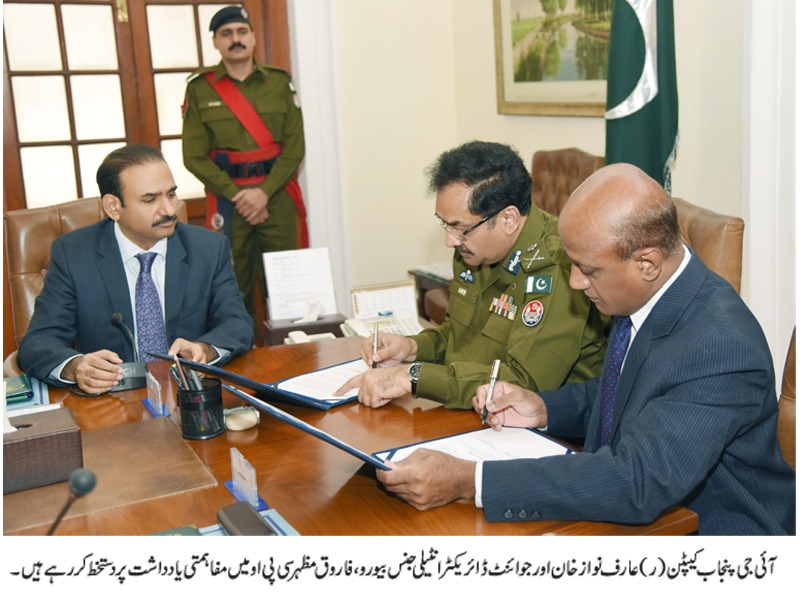