The 158-year-old building of police station Anarkali has been restored to its original shape, IG Punjab Amjad Javed Saleemi along with senior journalists, intellectuals and historians participated in the inaugural ceremony.

Antique buildings of Punjab Police having historic and national value are being restored and precious records are being archived, IG Punjab added.

These views were expressed by Inspector General of Police Punjab Amjad Javed Saleemi in the inaugural ceremony held for restoration and beautification of the old building of police station Old Anarkali. At this occasion CCPO Lahore, BA Nasir, Addl IG Operations Inam Ghani, Addl IG CTD Rai Tahir, Addl IG welfare and Finance Sardar Ali Khan, Addl IG/MD PSCA Aamir Malik, DIG IT Zulfiqar Hameed , DIG Operations Lahore, Waqas Nazir and other senior police officers, senior journalists, intellectuals and historians were also present on this occasion.
On this occasion, IG Punjab further said that although according to international standards Punjab Police lacks necessary resources required for effective policing but we are delivering the best possible results despite the fact that many PS are working in rented buildings or in depleted buildings. Before declaring a new police station, its own building should be constructed police can only perform to meet expectations after provision of necessary facilities at Police Stations and Police Lines.PPO further said that vehicles of Punjab Police have long passed fitness period thus causing hindrance in patrolling and policing, so we have requested Punjab Government to provide required vehicles and we are hopeful that our demand will be met. Amjad Javed Saleemi further said that to reform Punjab Police many initiatives have been successfully implemented among these are complaint centre 8787 for quick redressal of public complaints, Police Khidmat Marakaz for improved service delivery, and to ensure public friendly dealing at police stations all SHO, s are directed to meet complainants at respective PS during fixed hours and their performance is also being monitored through CCTV Cameras. By employing the latest technology all departments of Punjab police are being digitized and now also taking steps for the paperless working environment. IG Punjab further said that internal accountability is being effectively implemented ensuring that all incompetent, careless and corrupt elements are thrown out of the department in this regard as many as 36 DSP,s has been suspended, and in future accountability process will cover all ranks of police service.

Police station Old Anarkali has historical records regarding historic FIRs, 150-year-old names and designations of officials along with other records and documents which reveal that Muslims, Hindus and Sikhs officers and officials have been appointed in different times in this police station. The record of this police station also contains the remarks of British officers in visiting book during their visit which enhances its historical value in this regard. 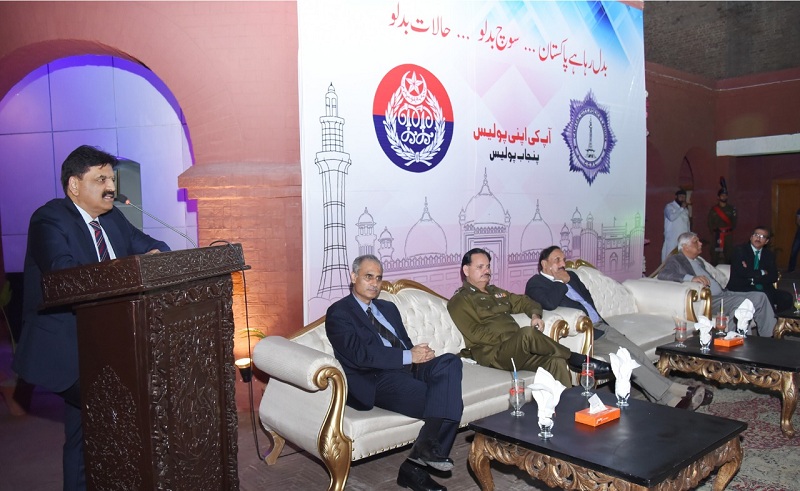