An agreement signed between Punjab Police and USIP on mutual working relationship.

To facilitate the citizens and to ensure uninterrupted flow of traffic, it has been decided to remove unnecessary police pickets on roads. The officials deputed on police pickets will be trained on good public dealing and two constables having good IT skills will be trained under the supervision of USIP (United States Institute of Peace). It has also been decided to launch Mobile Khidmat Markaz under the instructions of Government of Punjab. First Khidmat Markaz Moblie service has been started in Multan today and citizen will benefit from all the services provided through these centre at their door step.

IG Punjab has issued directions to all field officers to identify unnecessary police pickets in their respective districts and remove these pickets keeping in view the facilitation of citizen and also take initiatives according to given SOP of training.

Moreover it has also been decided in a meeting with USIP delegation that 72 constables, 2 constables from each district of Punjab having basic IT skills will be trained under the supervision of experts of USIP. An agreement between USIP and Punjab police have been signed in this regard. By this agreement Punjab police and USIP will work together on different projects in which initiatives regarding social media, different type of surveys and other image building measures are included.

A committee consisting of police officers of Central Police Office Lahore will remain in permanent contact with USIP.

In the end of the meeting IGP Amjad Javed Saleemi presented souvenir of Punjab police to the participants. 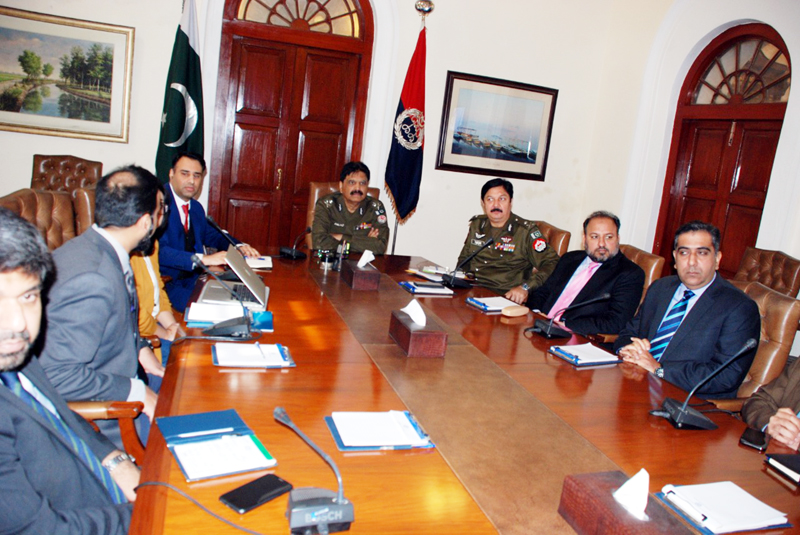