CTD submitted its initial report regarding the matter of firing and death of four persons ...

Inspector General Police Punjab Amjad Javed Saleemi took notice of the incident of firing by CTD and death of four persons who were traveling in a car near Qadir Abad at Sahiwal. IGP sought enquiry report of the incident from RPO Sahiwal and CTD Punjab. CTD Punjab submitted its initial report regarding the incident to IG Punjab.

According to the report, CTD team did a joint intelligence based operation in which four terrorists related with defunct organization DAESH were killed whereas weapons and explosive material have been recovered from their possession.

According to the details, CTD team tried to intercept the terrorists who are riding in a car and a motorcycle near Sahiwal toll plaza but the terrorists opened fire on CTD team, a shootout ensued. When firing stopped, 04 persons, including 2 women were found dead with the firing of their accomplices. 03 terrorists fled from the scene.

CTD sources said that this operation was in continuation of the operation conducted in Faisalabad on 16 January. CTD was tracking remaining terrorists of Red Book namely Shahid Jabbar and Abdul Rehman. This morning, intelligence was received that the remaining terrorists were traveling towards Sahiwal with arms and explosives. They used to travel with families to avoid police checking. Today, they were warned to surrender but they started firing. Terrorists namely Shahid Jabbar, Abdul Rehman and one unknown fled from the scene on motorcycle while resorting to firing. CTD recovered suicide jackets, hand grenades, rifles etc. CTD is chasing 03 fleeing terrorists. Further investigation has been launched.

This is a DAESH Network which killed 03 ISI officers in Multan, one police officer in Faisalabad and also kidnapped American National Warren Weinstein and Ali Haider Gillani son of former Prime Minister Yousuf Raza Gillani. This network had also killed dozens of people in blasts and firing. It was most dangerous network of DAESH in Punjab. 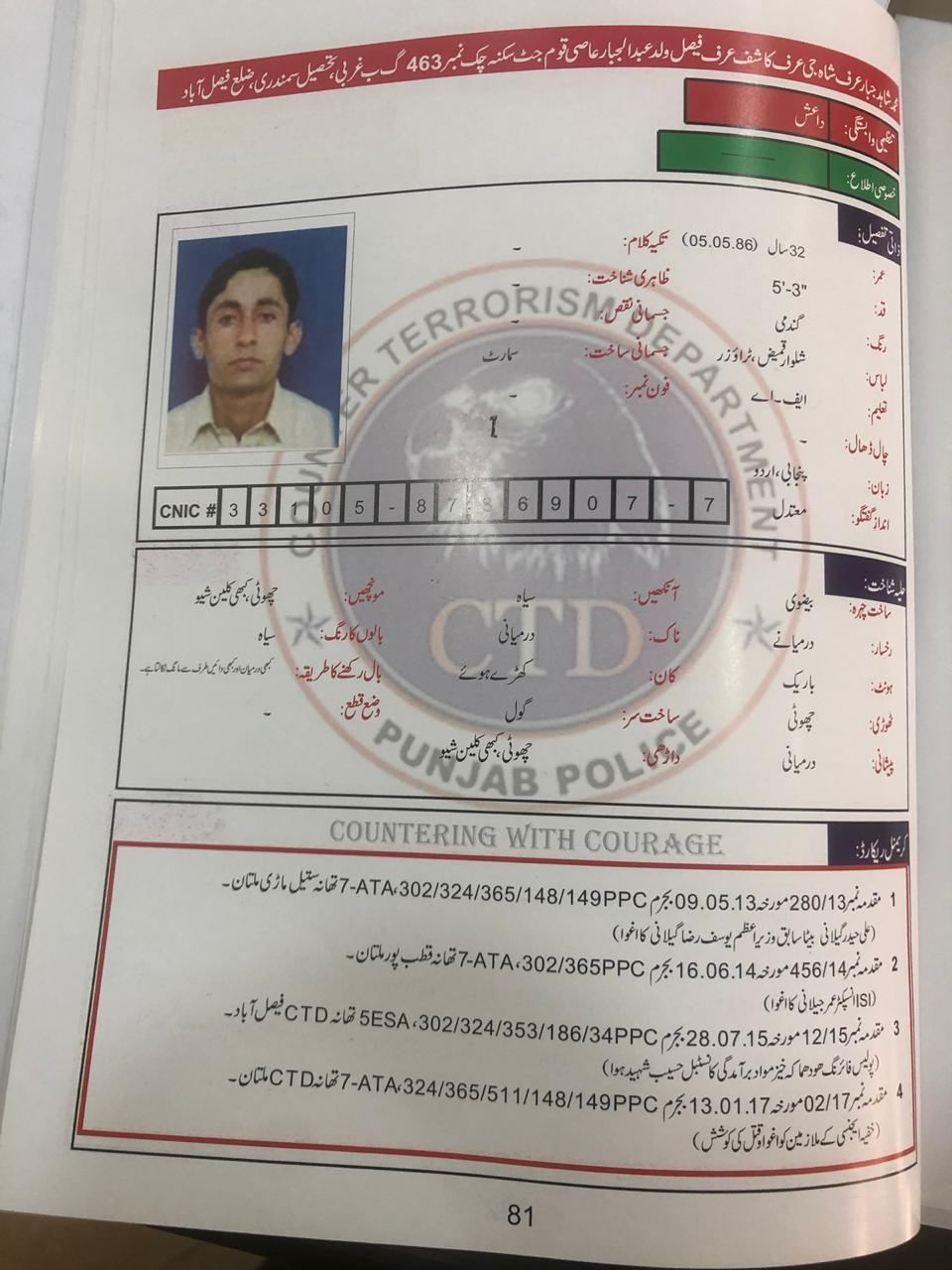 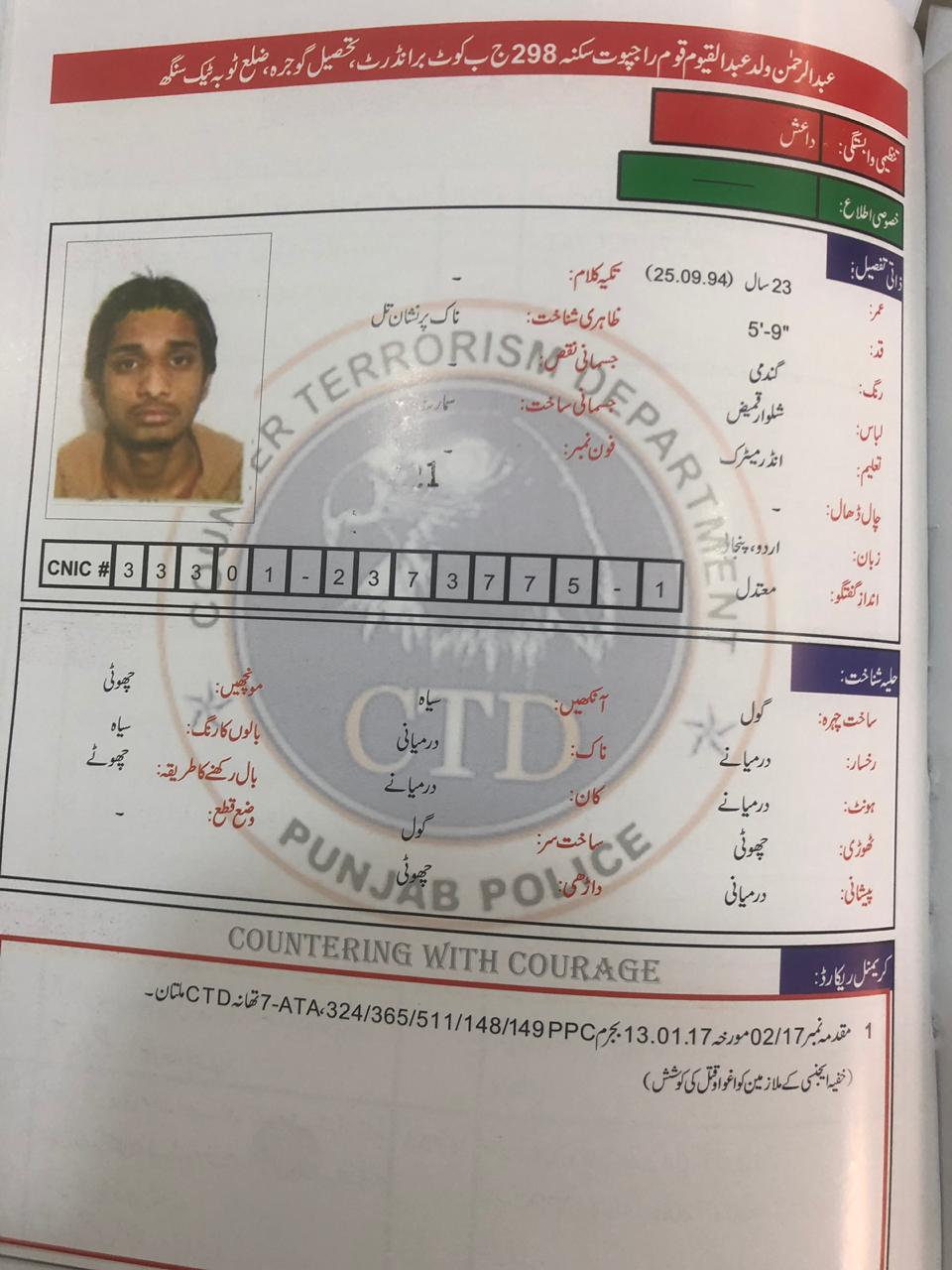 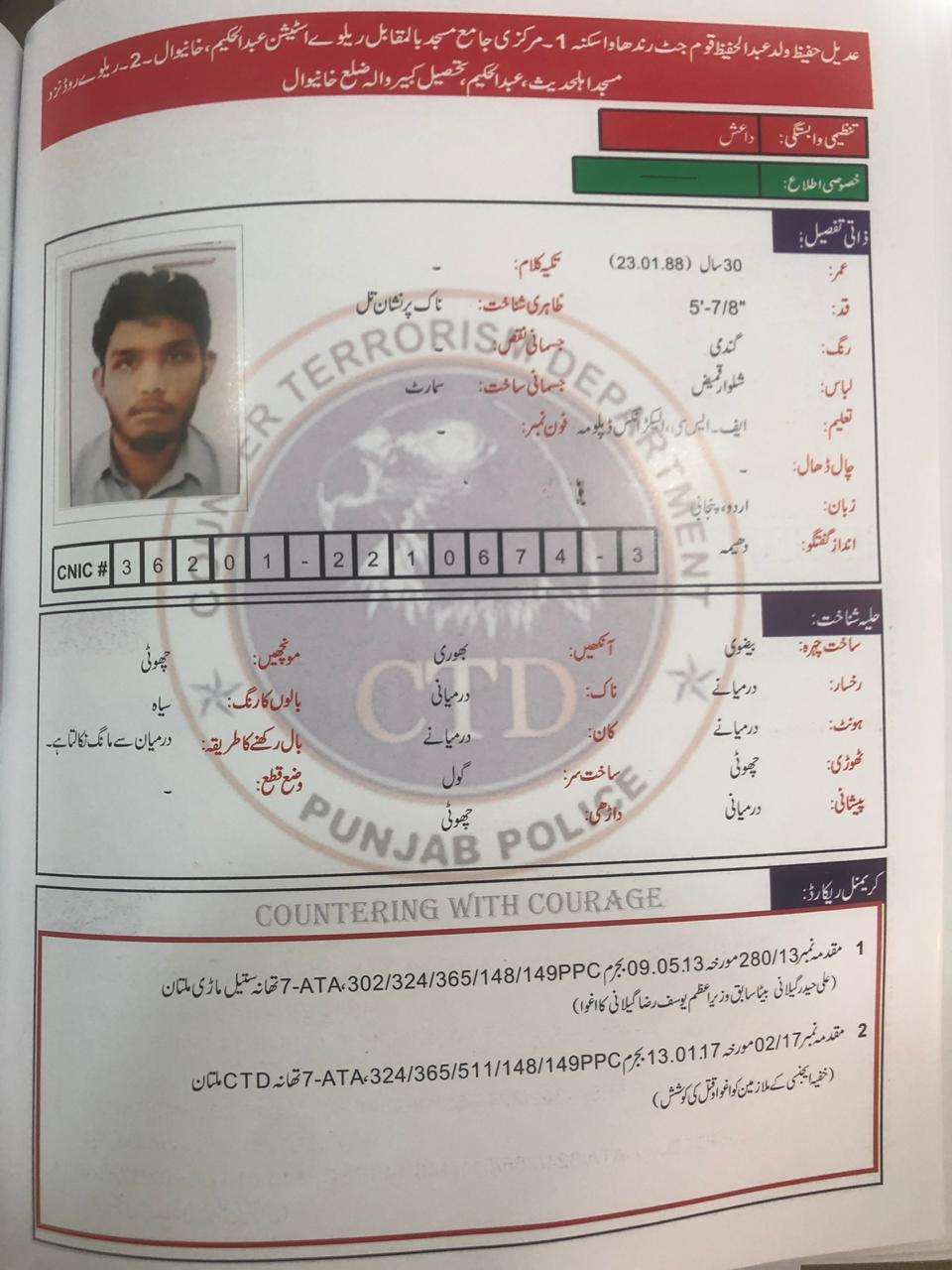 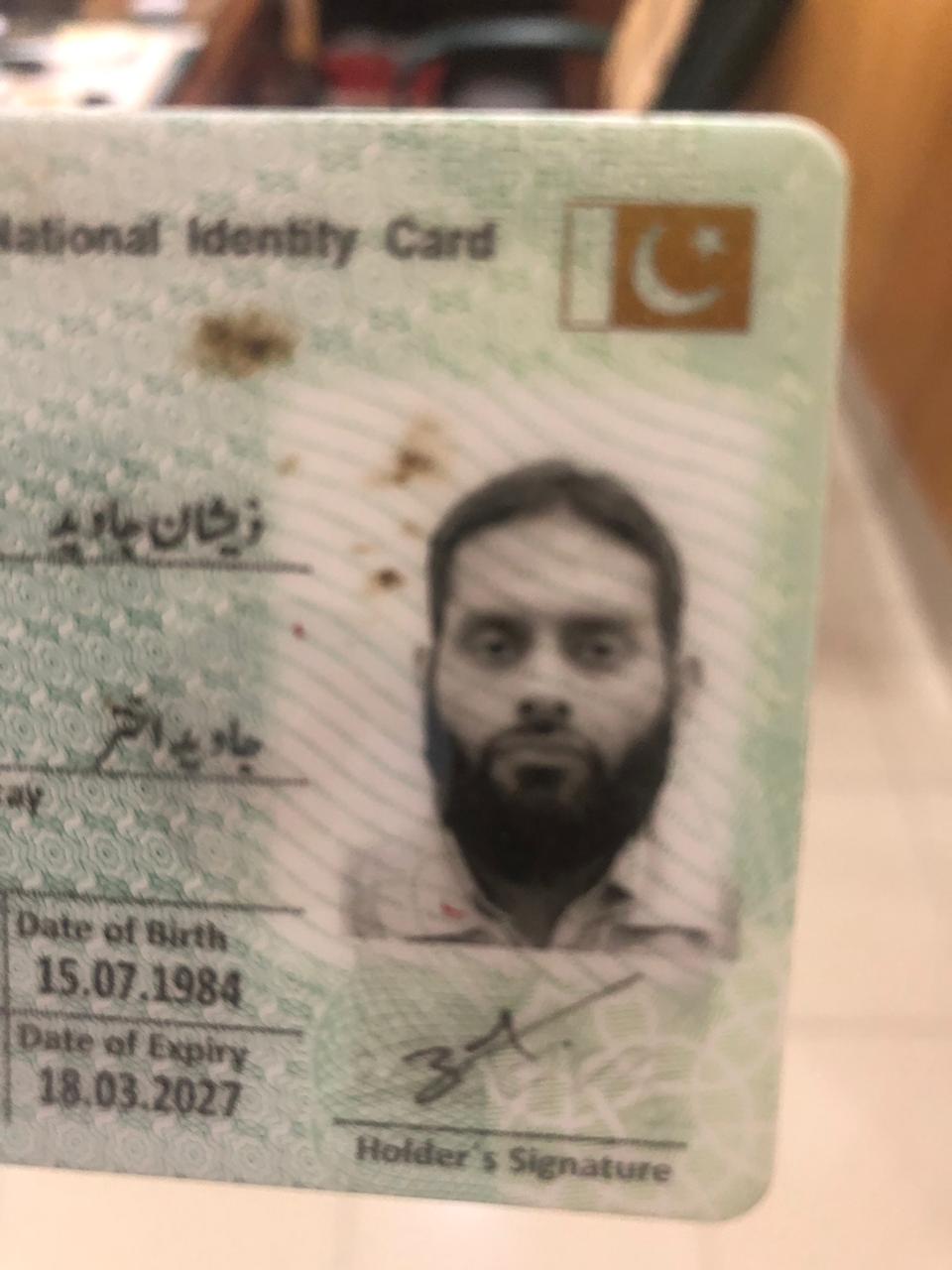