It was decided in a meeting to extend mutual cooperation with each other for curbing crime and terrorism. The meeting also discussed to exchange programs of officers with each others to get the expertise of both forces.

The Chief Constable John Boucher, briefed the IGP Punjab Amjad Javed Saleemi regarding the crime dimensions in Bedfordshire, Luton and its jurisdiction. He told that various communities are inhabitant of these counties where multifarious crimes are being committed. He said that modern investigation techniques are being employed by the force to tackle serious crimes. He said that their reliance is on use of technology instead of man power.

Amjad Javed Saleemi also shared the operational strategy of the Punjab Police and told the process of recording of crimes through FIRs and investigations besides, its solutions 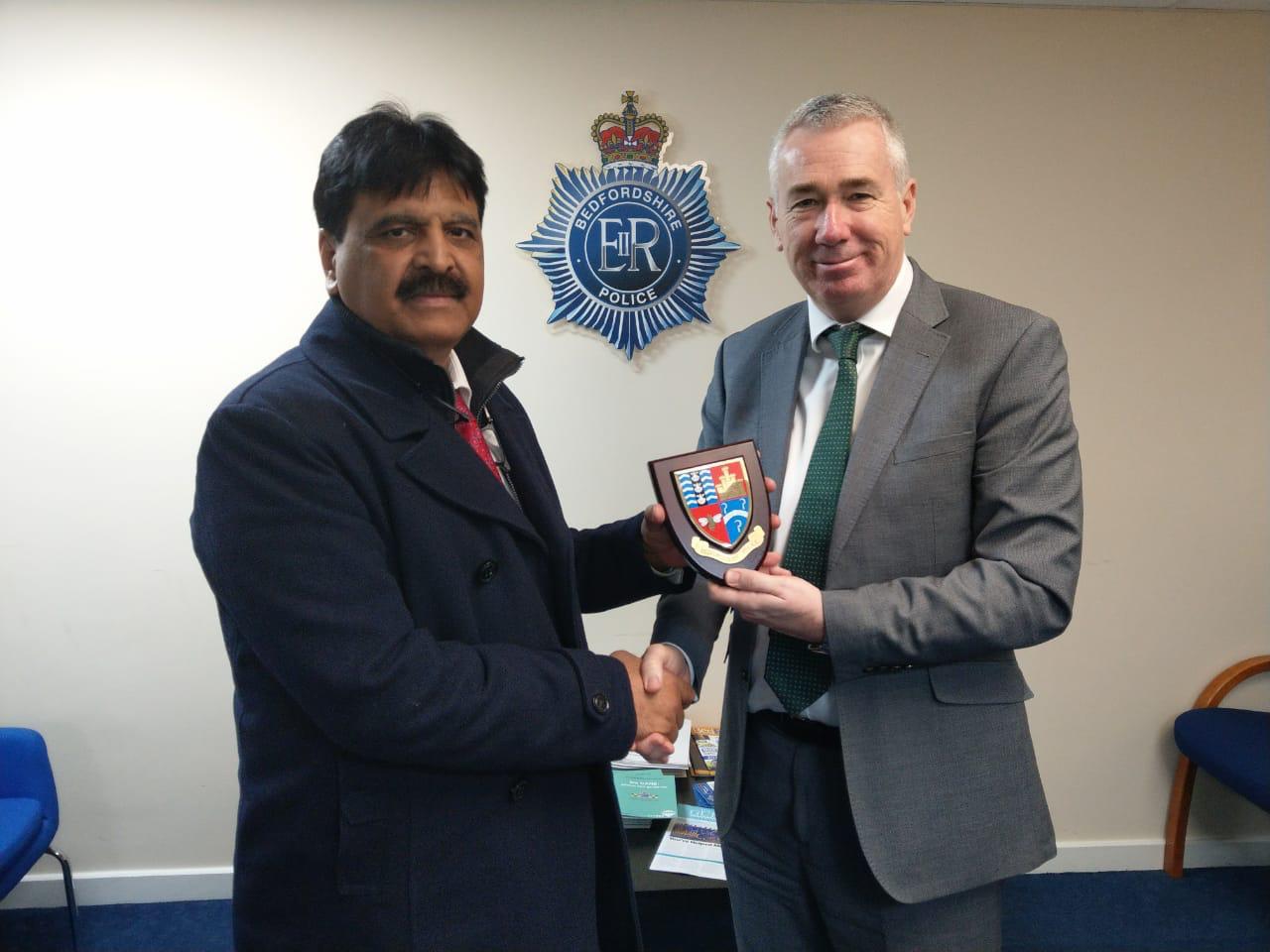