Punjab Chief Minister (CM) Sardar Usman Buzdar on Wednesday said that provision of modern equipment and training to the police was among the top priorities of the government.

Addressing a passing-out parade of Special Protection Unit at Elite Police Training School Bedian, the chief minister said that the government was determined to eliminate crime in the province and all available resources would effectively be utilised in this regard.

The CM lauded the services of policemen and said they had rendered great sacrifices to protect the people of the province. “They deserve accolades for their hard work and dedication,” he said.

The police officials have worked hard to ensure effective monitoring and provision of foolproof security to the citizens, he added.

CM Buzdar said that modern training was imparted to the personnel of the Special Protection Unit (SPU), including constables, which would be helpful in reducing crime and eliminating terrorism from the country.

He urged policemen to perform their duties with responsibility and courage, adding that the prime responsibility of the police was to ensure the protection of lives and properties of the masses.

“A true police officer performs his duties in an impartial manner and without any fear. I advise that you should not retreat from your mission in any circumstances. If you follow this commitment, then you will earn respect in the society,” he added. “Police uniform is a symbol of honour and requires that you should fulfil your duties in the best of manner as there is nothing more important than the protection of life and property of the people.” 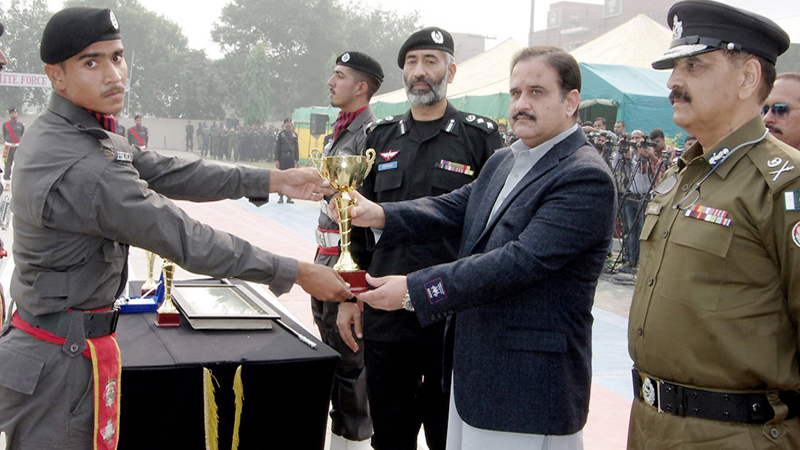