LAHORE: Deputy Inspector General (DIG) Operations Rana Shahzad Akbar on Wednesday said that performance of the police department had improved a lot within the past couple of years, but there still was room for further revamping.

Speaking during his visit to Pakistan Today’s office, Shahzad said that police, with limited resources, was just one part of the law enforcement system and owing to the assistance of the civil society as well as media, new heights of quality policing could be reached.

Shedding light over the police department’s efforts to maintain law and order during polls, he said that all officers played a key role and performed their duties with diligence. “From the safe transportation of electoral material to providing polling staff with security, police stayed on its toes to deal with any untoward incident and the peaceful holding of polls is a proof of our efforts,” he said.

To a question regarding the changes that the police department might witness after the new government takes charge, the DIG said that any modifications depended upon the new administration’s policies.

Commenting over the would-be prime minister Imran Khan’s promise of revolutionising police, Shahzad said that police was more than just a department and was an integral part of the society. “Our job is to enforce the law and not policymaking. We will follow the government’s orders. But positive results have been seen following revamping of police in Khyber Pakhtunkhwa (KP). Let’s hope same or better changes can be implemented here as well.”

Replying to a question, Shahzad said the Punjab Police’s Integrated Command, Control and Communication (PPIC3) by Punjab Safe City Authority (PSCA) installed in Lahore was the only one of its kind in the country and had played an important role in dealing with street crime. “We are late to the party as most of the megacities around the globe have had such projects for a long time, but here in Pakistan it’s the first one and has produced excellent results.”

He informed that over 8,000 cameras had been installed across the provincial capital by PSCA, out of which over 6,500 were operational while installation work on the rest was underway. The DIG said that the project had also been expanded to other cities, including Islamabad, Rawalpindi, Multan, Faisalabad and Bahawalpur.

“The process of launching a safe city project isn’t easy though. A lot of resources are needed to set up a separate fiber network linked with the central control room in Lahore. But once operational, the project can do wonders in controlling unlawful activities, especially street crimes,” he added.

Speaking of the Dolphin Squad’s performance, Shahzad said that completely wiping out crime was not possible even in the safest cities of the world; however, owing to the impeccable performance of the Dolphin force, there had been a significant drop of 25 per cent in the rate of street crime. “Dolphin Squad works as a deterrent. Seeing them patrol the city provides the people with a sense of security. It is an extra layer of law enforcement bearing fruit.”

The DIG also appreciated media’s role in raising awareness among the masses. He lauded media for playing its due role in being the fourth pillar of the state and acknowledged the contributions of the Nizami family in the service of journalism. 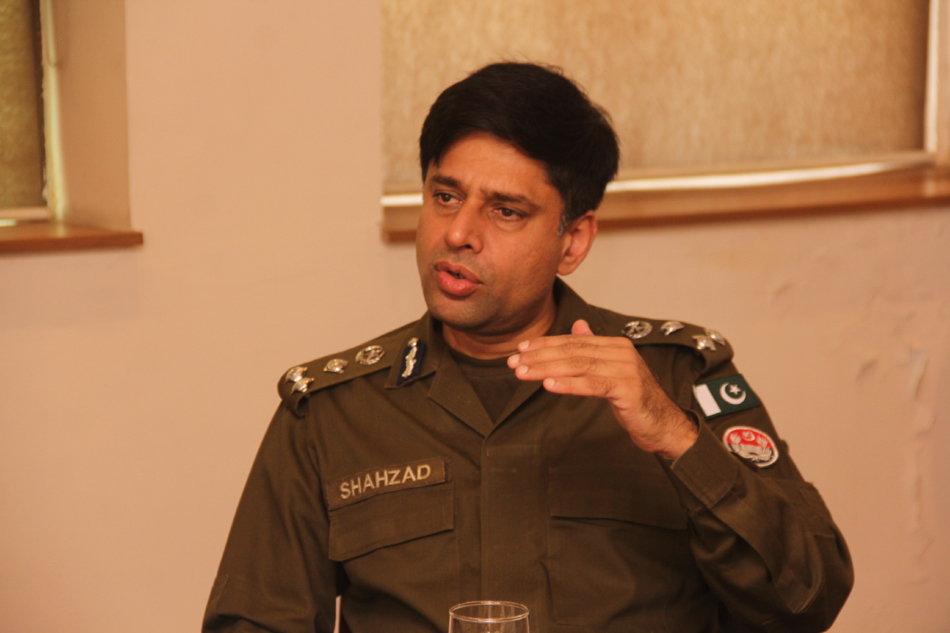