LAHORE - The polling process ended peaceful on Wednesday without any incident in Lahore. Voting ended at 06:00pm at more than 3,800 polling stations amid unprecedented security.

Thousands of military personnel and police were deployed across the provincial capital to ensure free, fair, and transparent elections. The ballot boxes were seen being transported to and from the polling stations under the supervision of the Pakistan Army.

Authorities early Wednesday declared a state of red alert in the Punjab province with massive deployment of force around polling stations and key government installations.

A police spokesman on Wednesday said more than 100,000 policemen were deployed on security duties on the polling day. “Punjab Police also provided help and guidance to women, senior citizens, and handicapped individuals during polling,” the spokesman said.

On the directions of IGP Syed Kaleem Imam, the regional and district police officers remained present in the field to monitor the security arrangements. The IGP also visited the control room set up in the central police office where he was briefed about security deployment in all districts of province, the spokesman said.

Tensions were particularly high in the big cities amid cut-throat competition in various constituencies.

Military personnel were deployed inside the polling stations to guard election staff, ballot boxes, and to monitor the polls process.

Authorities state that more than 17,000 polling stations were declared as “sensitive” throughout the country where extraordinary security measures were put in place. In Punjab, more than 150,000 police and around 120,000 special police volunteers were engaged to assist the election commission on the polling day.

A police official said that at least 10,000 Police Razakars were also deployed in Lahore on election duties besides thousands of policemen. No less than 300 polling stations were declared as “most sensitive” in the provincial capital. Police and other law-enforcement agencies were already put on high-alert outside the polling stations to maintain peace.

According to Lahore Capital City Police Officer BA Nasir, at least 35,000 police including 25 SPs, 50 DSPs, and more than 200 Inspectors were deployed all over the metropolis on the polling day. All polling stations were being monitored through CCTV cameras and aerial surveillance.

In a press statement issued last night, CCPO BA Nasir lauded the efforts of Lahore Police for performing security duties with dedication and commitment. He said the city police left no stone unturned to maintain peace and law and order the polling day. 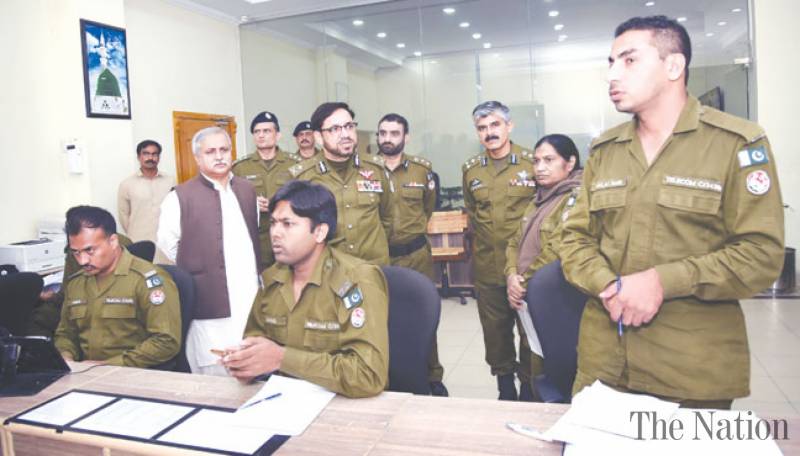