He was addressing the participants in passing-out parade of 19th basic recruit batch at Colonel Shuja Khanzada parade ground, Elite Training Centre, Bedian. He said that despite scarcity of resources, the personnel of Elite Force had ensured safety of properties and lives of people and set an example of bravery and professionalism.

He said that professional training of the Elite Force was the best amalgamation of physical, mental and moral combination by which the force had always thwarted designs of terrorist and anti-social elements.

He said that establishment of the Elite Force was a milestone in the achievements of the provincial government and further steps were being taken with comprehensive strategies for upgradation of the force and training centre in accordance with the changing times.

Additional IG Punjab Highway Patrol (PHP) presented the welcome address. He said that the Elite Force was raised in 1997 to stamp out terrorism, land mafia, murderers and sectarian killers in Punjab.

Meanwhile, before the passing-out parade, the Elite Force personnel exhibited their expertise including physical training, use of weapons, special operations training, field craft, raid, pursuit and other expertise of recovering hostages from terrorists.

Commandant Elite Training Centre Lt-Col Parvez Iqbal said in his address that the Elite Training Centre had provided training services to more than 40,000 officers and jawans since its establishment. Besides Punjab, police officers and officials from Khyber-Pakhtunkhwa, Balochistan, Islamabad police, Pakistan  Rangers, Prisons Department, Rescue 1122, Railway Police and  other law-enforcement agencies got training from the centre, he added.

He said that in the 19th batch, overall 1,379 personnel participated, who had been imparted training during their 24-week  training course and 903 personnel passed out, also including 215 personnel of the Prisons Department.

Later, Sardar Muhammad Ayub Khan Gadhi gave away prizes and certificates to the personnel for showing extraordinary performance during the training. 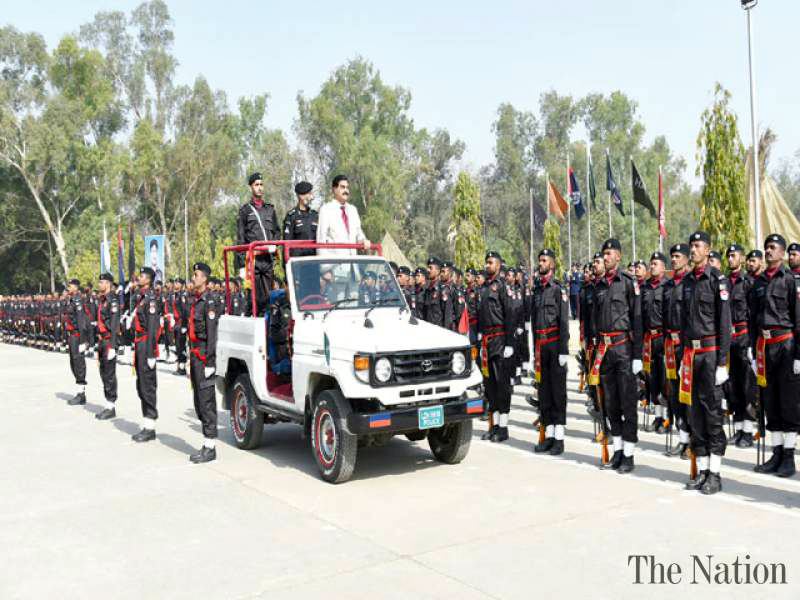