LAHORE: The passing-out parade of the third batch of the Dolphin Force, comprising 1,315 officials, was held at the Police Training College in Chung on Thursday.

The first batch, comprising 628 officials, had graduated in March 2016 and the second batch comprising 696 police officials graduated in October 2017. The first batch was deputed for patrolling in Lahore. Similarly, the second batch was deputed for patrolling in Rawalpindi, Faisalabad and Multan and the third batch will also patrol Lahore.

Dolphin Force, a specialised force meant to combat street crime, was established with the help of Turkey. It was modeled on the Turkish National Force to patrol congested streets and roads. A group of master trainers of Punjab Police was also sent to Turkey to receive training so they could pass on the acquired knowledge to officials in Punjab.

While speaking on the passing-out parade ceremony on Thursday, Punjab Sports and Youth Affairs Minister Jahangir Khanzada said that provincial government had spent billions of rupees to enhance capabilities and provide the latest equipment to the police so that the force could improve the law and order situation in the province. Dolphin force was also a part of this policy.

Khanzada claimed that Dolphin Force had not only helped in reducing the street crime rate, but also helped improve the image of police. The passing out of the third batch, in such a short span of time, was an example of it, he added.

Ensuring security of foreign investors and projects was the foremost priority of the Punjab government. The government was preparing a specialised force for the protection of CPEC and other projects.

Police Inspector General Arif Nawaz Khan said the Dolphin Force was the face of the police department. “This force has not only reduced crime, but also instilled a sense of safety among the public, he added.

He asked the freshly graduated officials to start their career with the kind of spirit and valour which would make them examples for the police. 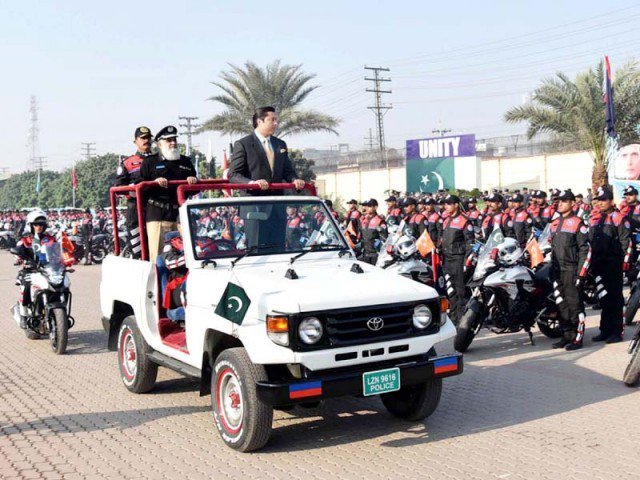