LAHORE - Punjab inspector general of police Mohammad Usman Khattak Saturday claimed that the security operation in the river island of Rajanpur district had entered into the final round.

The police chief also said that they would leave no stone unturned in purging the Kacha area of criminal elements and proclaimed offenders, besides bringing hired assassins and robbers to justice.

According to a police spokesperson, the IGP stated this while presiding over a meeting at the Central Police Office (CPO) on Saturday.

On this occasion, the police chief vowed that government writ would be established in the Kacha area at any cost. He further said that Kacha Operation in collaboration with the Punjab Rangers had entered into final round and all resources were being utilized to flush out robbers and proclaimed offenders from the area. He said that sacrifices of martyred officers and officials would not go waste as these sacrifices had boosted morale of the police force.

The IGP directed the officers to accelerate the pace of ongoing operation in Kacha area and there should be no hurdle in providing additional resources to police force to make the operation a success.

Earlier, IGP Usman Khattak along with members Cabinet Committee and provincial minister for anti-terrorism visited the Rajanpur district to review the police strategy with regard to the latest operation in the Kacha area. The police chief also met officers and officials involved in the operation on the frontlines. 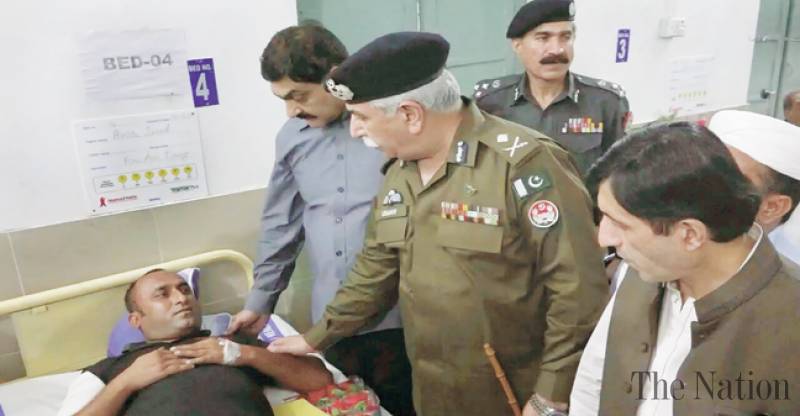