LAHORE: The Counter Terrorism Department (CTD) on Monday claimed to have killed four members of a banned outfit in an alleged encounter in Khanewal, and seized arms and explosives from their hideout.

A CTD spokesperson said the Multan team had received information that two suspected terrorists Usman Basra and Abdul Rehman, who had escaped from police custody, were hiding at a house in Jahanian tehsil. He said the suspects and their six accomplices had been planning to attack sensitive installation in the city.

He said after receiving information, the CTD raid the hideout in Chak 161/10R Jahanian tehsil early morning and ordered the suspects to surrender.

However, he claimed that the alleged terrorists shot at the police team and also lobbed hand grenades at them. The police team shot back in self defence, he said. However, three of the suspects blew themselves up using explosives while another was found dead in front of the compound. The spokesperson said four of their accomplices managed to floe.

He said the CTD officials had seized 10kg explosives, a hand grenade, two rifles, a pistol and ammunition from the hideout. Police took the bodies to a morgue and started investigation the identity of the other suspects, he said.

A CTD official said Usman Basra and Abdul Rehman belonged to the banned outfits Tehreek-i-Taliban Pakistan and Islamic Movement of Uzbekistan. He said both terrorists were involved in the kidnapping of slain governor Salman Taseer’s son Shahbaz Taseer. 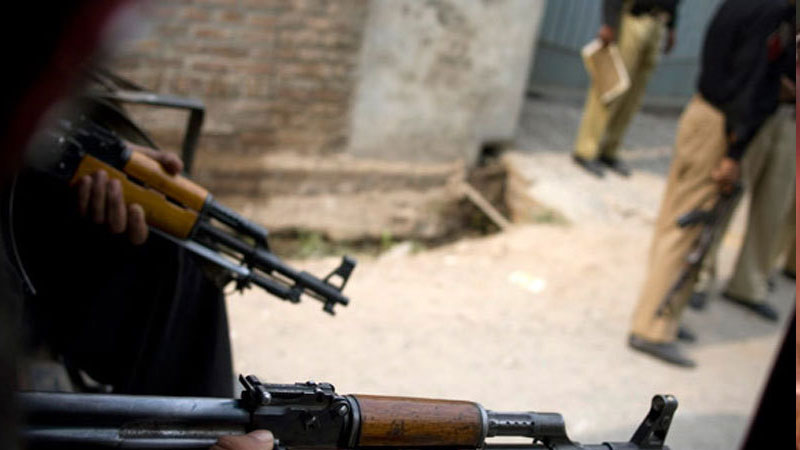