Inspector General of Police Punjab Mushtaq Ahmad Sukhera has said that discipline and welfare are two most important elements to keep any force working with dedication and improve its performance.

The purpose of maintaining discipline is to bring amelioration in an institute and regulate it according to the principles of law while welfare steps boost up the morale of the force.

He expressed the views while awarding prizes to best performing police officials for implementation of Information Technology projects and action against anti-social and criminal persons in a ceremony held at Central Police Office on the last day of his tenure as IGP.

The IGP said, "My message for you on my retirement day is that your top priority should be public service and you should always honour the police uniform. You can succeed in both worlds working in the police department because the core responsibility of the department is to stop evil by force and Allah Almighty has promised a big reward for such a group." 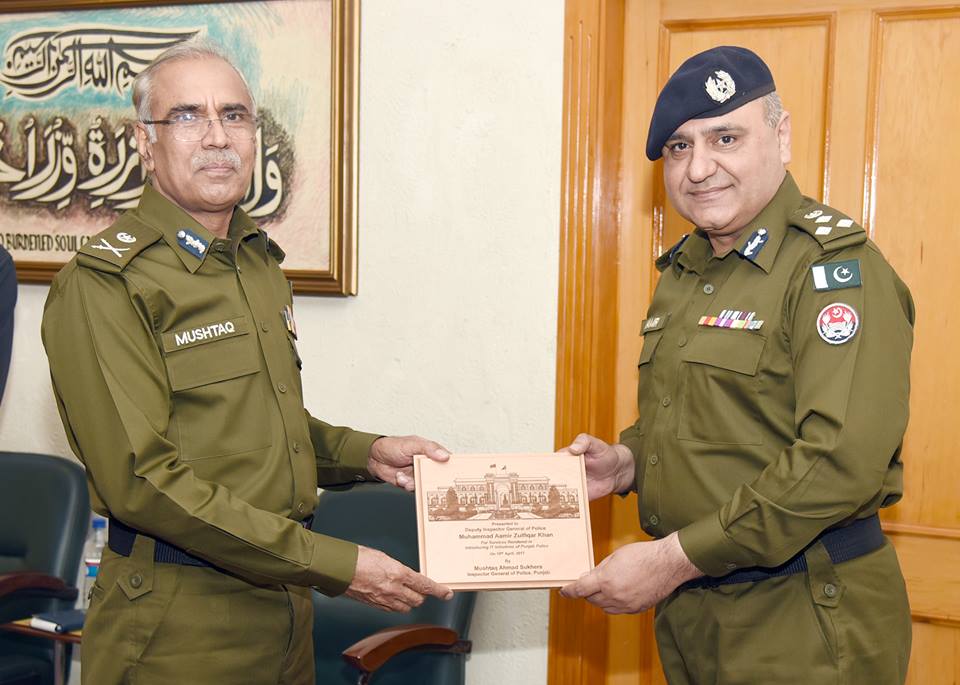