The passing-out parade of 9th batch of policewomen was held at Police Training Center of Chung on Saturday.

A total of 330 lawpersons, 318 of Punjab Police and 12 officials of FIA, participated in the passing-out parade. Inspector General of Police Mushtaq Ahmad Sukhera was the chief guest.

All of these female recruits were provided 8 months professional training including 2 months specialised combat course. Five best performing recruits, during different training segments, were awarded with shields and cash prizes during passing out parade. Speaking on the occasion, the IGP highlighted the role of women in national progress. He mentioned his endeavours for providing opportunities to women in police. He also counted the Punjab police feats to bring in policewomen and computerisation of police data.

“The number of women in Punjab Police was very less a few years back, but now Punjab Police have provided chance to women to prove their abilities. Not only they are inducted into the executive cadre but IT trained women are also deployed in front desks, proving them hundreds of jobs. Besides this, fully equipped anti-riot women police squad is always ready to tackle any emergency situation,” the IGP said in his address.

He further said that they were aware of the internal and external challenges faced by the country and are always in action to foil nefarious plans of criminals and anti-social elements.

Sukhera further lauded the services of Lahore police and said that the officers and officials of Lahore police have faced all challenges, including Pakistan Super League final and Zimbabwe Cricket Team’s tour, with dedication and devotion which is a pride for Punjab Police. “I expect that Lahore Police will continue to work as serving force for protection of honour, lives and properties of citizens in future as well.” 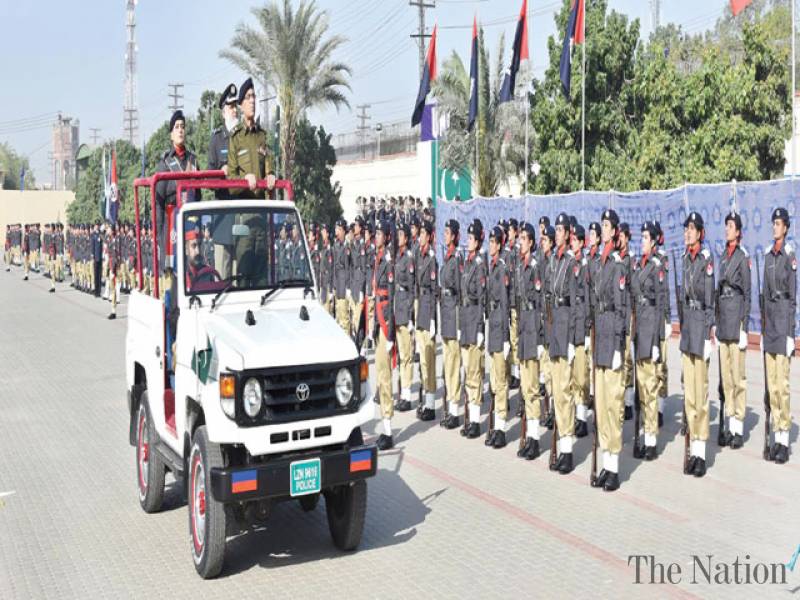