Faisalabad - A special sitting, Darbar, was held at the Faisalabad police line in the honour of outgoing Inspector General Punjab Police Mushtaq Ahmad Sukhera on Thursday. Flanked by other senior officers, Faisalabad Regional Police Officer Bilal Siddique Kamyana, CPO Afzal Ahmad, Chiniot DPO Mustansar Feroz, Jhang DPO Humayun Masood accorded him warm welcome.The IGP visited the police martyrs’ monument. He offered fateha and laid wreaths on the graves of veterans.Later addressing the Darbar, the IGP paid tribute to the martyrs and urged the cops to follow in their footsteps for protecting the life and property of citizens.The outgoing IGP said that sacrifices of Punjab police for the elimination of terrorism and improving law and order are appreciable. He stressed the need for public friendly policing so that people could be provided with justice.Speaking on the occasion, officers praised the outgoing IGP for bettering policing and bringing in new techniques to fight off crimes. They said Sukhera is a disciplined man who maintains merit. His services would be remembered, they said. 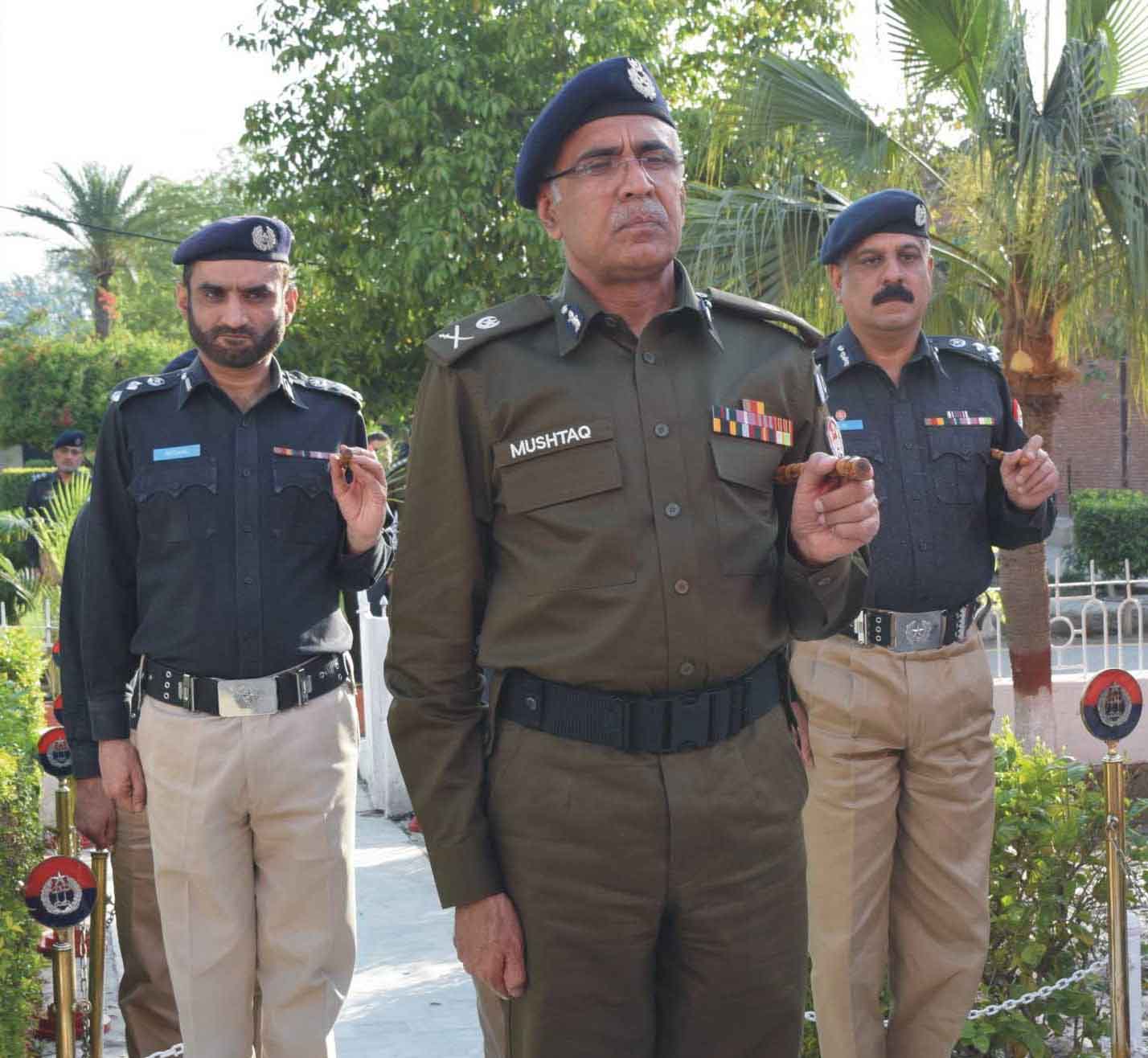