Elite police Jawans are always ready to fight against the internal enemies of the country
On the occasion of 6th September Pakistan Defense Day, we have to renew our commitment to eliminate internal enemies. IG Punjab
The elite force's sacrifices in defeating internal enemies need no introduction. IG Punjab Faisal Shahkar
The elite force performs its duties in all high-profile operations, including operations in the Kacha (Riverbed) area. IG Punjab
Exercises should be continued to further improve the quick response rate of the elite force during emergency situations. IG Punjab
IG Punjab Faisal Shahkar visited Elite Training Center Bedian Road, reviewed the training exercises and firing practice of the jawans.
Young trainees should get professional training diligently, consider duty as sacred obligation. IG Punjab
IG Punjab issued important instructions to officers during  meeting and addressing the  elite force personnel.
Inspector General Police Punjab Faisal Shahkar has said that elite force Jawans are always ready to fight the internal enemies of the country, terrorists and criminals. He said that on the occasion of Pakistan Defense Day on September 6, we have to renew our commitment to eliminate internal enemies of land of Pakistan. IG Punjab said that the elite force's sacrifices in eliminating internal enemies need no introduction, the elite force performs its duties in all high-profile operations, including the elimination of hideouts of hardened criminals in the Kacha area. IG Punjab Faisal Shahkar said that Elite Force is a very important force of Punjab Police which has played a significant role in eradicating anti-social elements. He directed that trainee elite force personnel should undergo professional training diligently and exercises should be continued to deal with emergency situations quickly and to further improve the response rate of the elite force. IG Punjab said that elite personnel who have completed training should come to the field and perform their duty as a worship and continue the process of eradicating criminals. IG Punjab directed that the services of expert instructors in various fields should be exploited to improve the skills of elite personnel. He said that trainee personnel must be provided with the best facilities during training in addition to modern professional training. IG Punjab said that the role of elite force is very active in the internal defense of the country, talks are going on with the government of Punjab to supply new weapons and modern resources to the elite. He expressed these views today while addressing the officers and officials during the meeting and answering the questions of the media representatives during his visit to the elite training center.
On arrival at the Elite Training Center Bedian, the armed forces saluted the IG Punjab, after which the IG Punjab inspected the professional capabilities of the elite force in terms of physical exercise size and operational skills. On this occasion, in the event of a terrorist attack, the elite jawans demonstrated their operations as per the SOPs. IG Punjab also reviewed the firing practice of the elite personnel regarding the target practice. IG Punjab also reviewed the weapons, modern equipment and other facilities used by the elite force.
During the meeting held at Elite Headquarters, Commandant Elite Training College Additional IG Kanwar Shah Rukh gave a briefing to IG Punjab about the professional affairs and specialized training courses of the training center. IG Punjab while giving instructions said that the Elite personnel should be trained in crime fighting. Detailed courses on modern practice and skills should be conducted and they should be prepared as expert fighters to deal with all kinds of threats including terrorism, sectarianism. IG Punjab directed that the training modules of the personnel should be reviewed again and again. And if any course needs to be upgraded then appropriate changes should be implemented. After the meeting, IG Punjab addressed the elite jawans at police Darbar and issued important instructions to them regarding the performance of their duties. IG Punjab also heard the problems of the elite officials in the Darbar and issued orders on the spot for their redressal. IG Punjab presented certificates of appreciation to the best performing jawans in the training courses. while he also planted a sapling in elite training center Bediyan as part of tree planting campaign. On this occasion, Additional IG Elite, DIG Elite along with Other officers were also present. 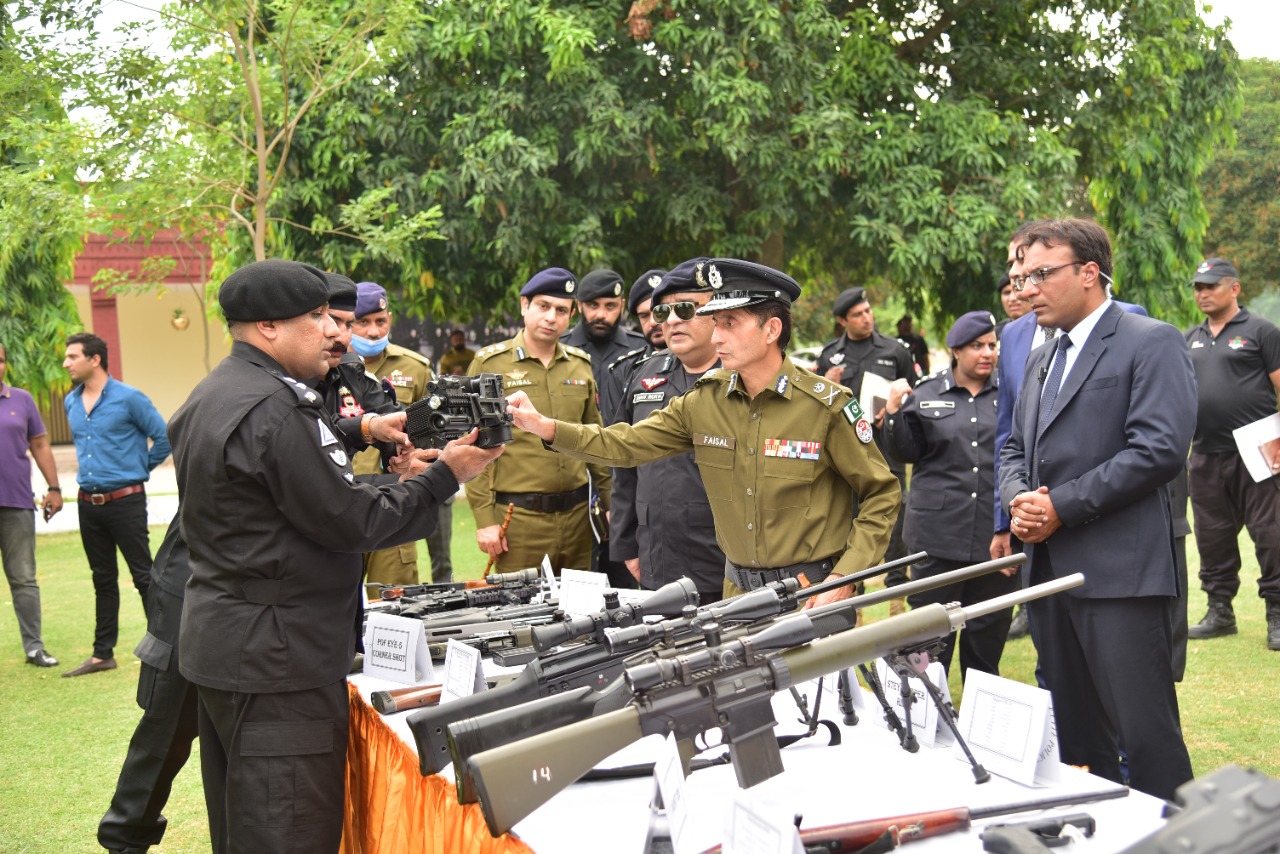 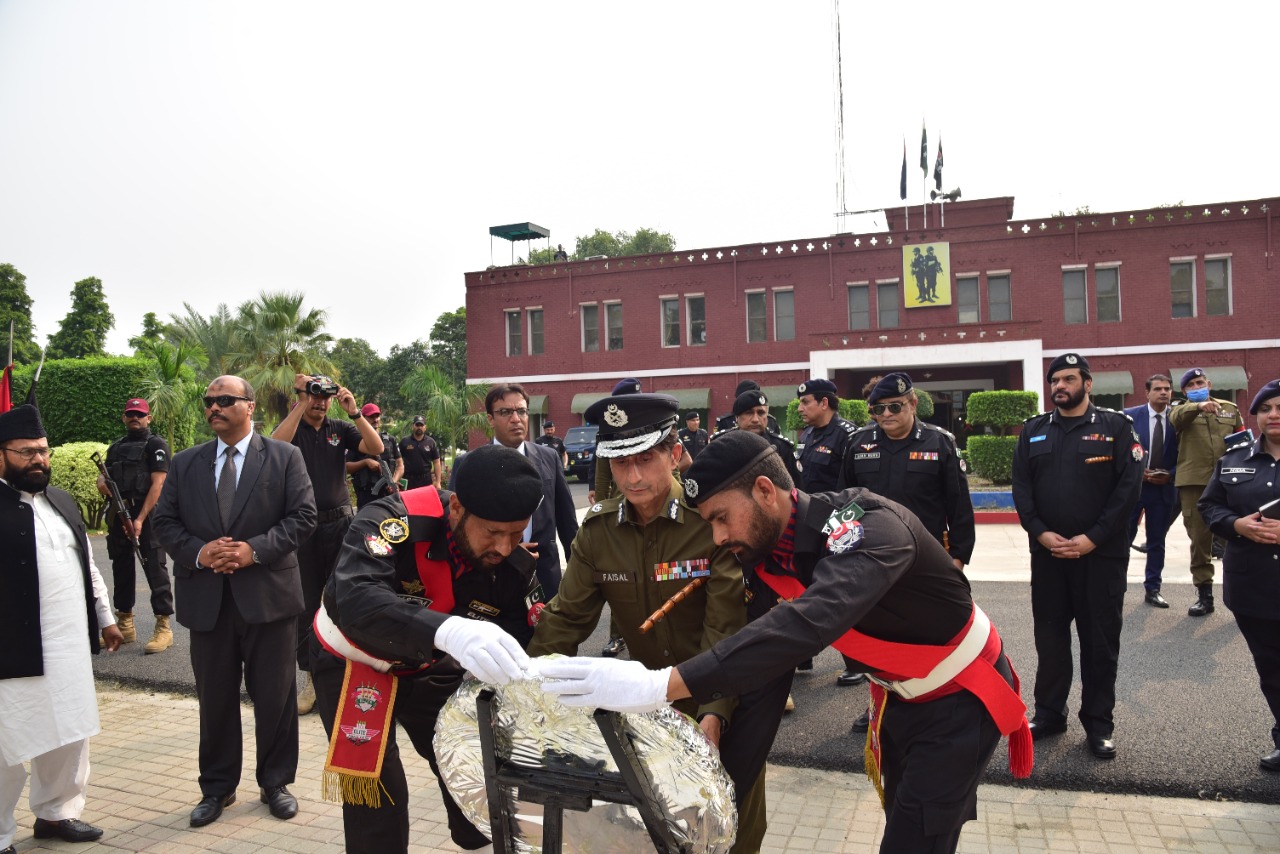